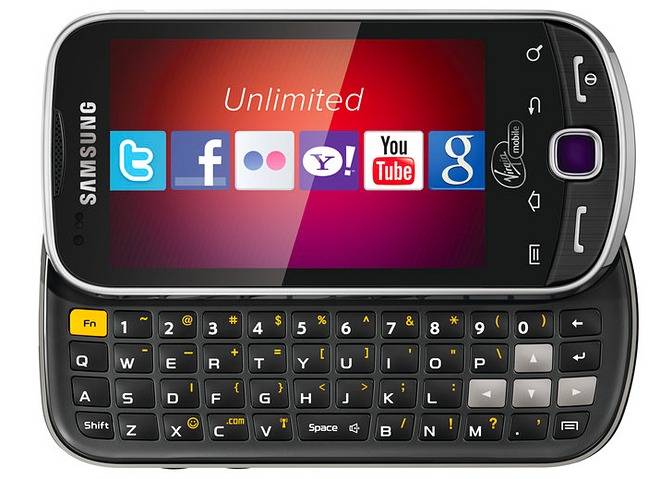 Virgin Mobile has now confirmed the Intercept to be their very first Android device. Virgin offers up many contract-free plans with unlimited data and very flexible pricing, and with their push into the smartphone space we could definitely see many pre-paid smart phone handsets coming to market.

Some of the offered plans by the pre-paid carrier include an unlimited text, e-mail, with data and voice starting at just $25 a month. Pricing goes up from there depending on the amount of minutes with 1200 at $40 a month and unlimited at $60 a month. It’s worth noting that currently the companies only other smartphone offering, the BlackBerry Curve requires a special add-on for an extra $10 a month, no word yet on the potential “Android Tax.”

The intercept is the successor to the Samsung Moment and features a QWERT keyboard. Some of it’s other notable specs include a 3.2-inch touchscreen, 3.2-megapixel camera, GPD, and WiFi. It will ship with Android 2.1 and no word yet on any planned updates to 2.2+.