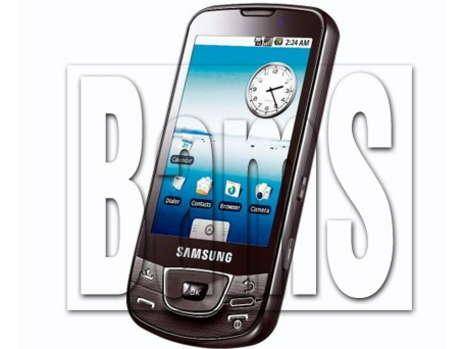 According to Bild am Somtag, you’re looking at the the Samsung I7500, set to be the third Android-based cellphone after the T-Mobile G1 and HTC Magic.  The German-language site claims the touchscreen handset has an 11.9mm thick case, 5-megapixel camera and 3.2-inch HVGA AMOLED display.

Other specs are suggested as an LED flash, standard 3.5mm headphone jack and WiFi.  Under the hood there’s apparently Qualcomm’s 528MHz MSM7200A processor, Bluetooth, quadband GSM/GPRS/EDGE and dualband UMTS/HSPA, plus 8GB of onboard storage.  It’s tipped to hit carrier O2 Germany in June, priced at around €300 ($397).

No confirmation from Samsung nor O2 Germany, unsurprisingly.  The photo is obviously a mock-up, and one we’re only moderately convinced by; the inconsistent width along the title bar is just one problem.