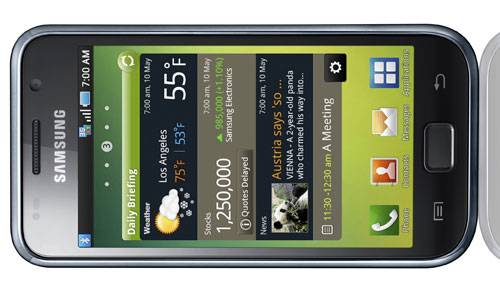 Samsung had big sales numbers in mind when it tossed the Galaxy S onto the market. The Galaxy S came to just about every carrier in the US with everyone giving the handsets its own name. Sister site SlashGear reviewed the Fascinate for Verizon for example. The device was a very nice smartphone and with the broad availability it’s no surprise that the handset sold well.

Samsung has now announced that it has moved 10 million Galaxy S smartphones in only seven months on the market. The tidbit about sales numbers came by way of Samsung president and mobile division head JK Shin.

Shin said, “The Galaxy S is the result of our 22 year heritage in the mobile industry. It is the realization of our concept of ‘the Smart Life’ – we wanted to makes users’ lives more convenient, more exciting, and more integrated. Today’s milestone shows that we have succeeded: 10 million Galaxy S users around the world are living the Smart Life.”