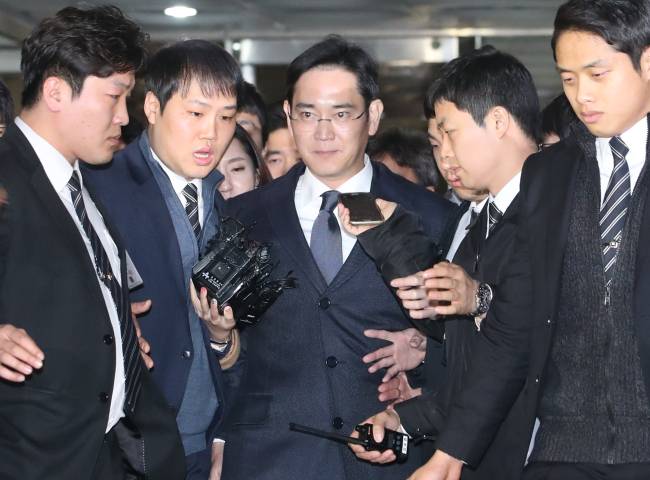 It’s no surprise and we were expecting this to happen ever since the news broke that he was being investigated, but the arrest with physical detention of Samsung heir Lee Jae-yong is still big news in South Korea. Lee, who also serves as vice chairman of Samsung Electronics, is being charged with bribery in connection with the cases against Korean President Park Geun-hye and her close friend Choi Soon-sil who are facing charges of their own.

This was actually the second attempt of the special counsel investigation this matter to arrest him. This time, Lee was immediately arrested after the courts issued the warrant and was placed under physical detention in a facility in Uiwang, where he was actually waiting for the court’s decision. The charges he’s facing include bribery, embezzlement, perjury, concealment of criminal records, and illicit transfer of assets abroad. The court previously rejected issuing a warrant of arrest for Lee for lack of evidence, but now they ruled that “there is a need and reason for the arrest” given the new evidence presented.

Lee is accused of offering bribes worth $36 million to the confidant of President Park in exchange for support for the merger of two affiliates of the electronics company. They also suspect that the country’s Fair Trade Commission and Financial Services Group were pushing for policies that favored Samsung because of their “contribution” to foundations that Choi was representing.

But the Samsung heir denies all charges, saying he was “forced” to make donations but he did not look for any business favors in exchange for these contributions. The Samsung Group meanwhile said they will ensure that the truth will prevail in this case. The special counsel also asked for a warrant for the arrest of Samsung Electronics President Park Sang-jin but the court rejected it, saying ” it is difficult to recognize the necessity and reason for the arrest.”