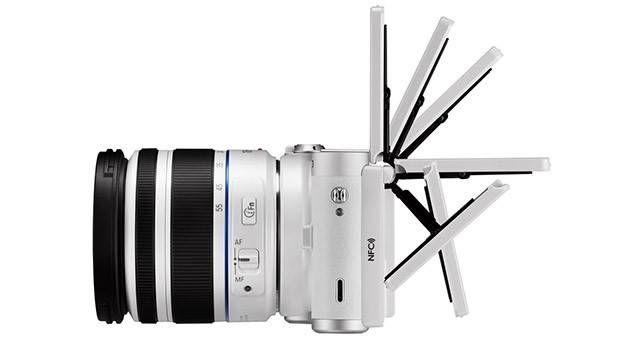 It’s hard to form an opinion of Tizen. Often delayed, not supported outside of Samsung’s tight internal network, and a clear threat to Android — which Samsung has take n full advantage of — the platform doesn’t seem to fit. Recently, Samsung has a version of their popular NX300 camera, outfitted with Tizen, but is calling it a prototype.

The OS is also said to be open source, but users can’t add apps or change settings. Essentially, it’s like any other camera OS — save for Android — with WiFi capabilities, allowing you to share images. The UI also isn’t very different than their Android camera offerings. So… why does Tizen exist?

More to the point, why discuss it? If Samsung has a camera, with no plans of releasing it to the world, why even mention it? If they are planning on bringing it out of the prototype phase, why show something that is severely diminished from what they know we want in a camera? Their Android camera is great, so why even have a Tizen offering?

There are no real answers to those questions, either. Samsung has a Tizen variant of their Android camera, which is widely acknowledged as really good, but to what end? They don’t want us paying attention to the camera, but they’re the ones touting that it’s Tizen. The Android version is pretty amazing, so Tizen is there for what, we don’t know.

Samsung could be attempting to build excitement about Tizen, or they could be fooling around with it and just being open. They promise Tizen is coming, but seem to have no real interest in bringing it out of the closet. The Android camera they have is nearly as good as incumbent shooters from Sony or others, but they’re insistent on tweaking us with Tizen. At this point, we’d just like to see a finished product.