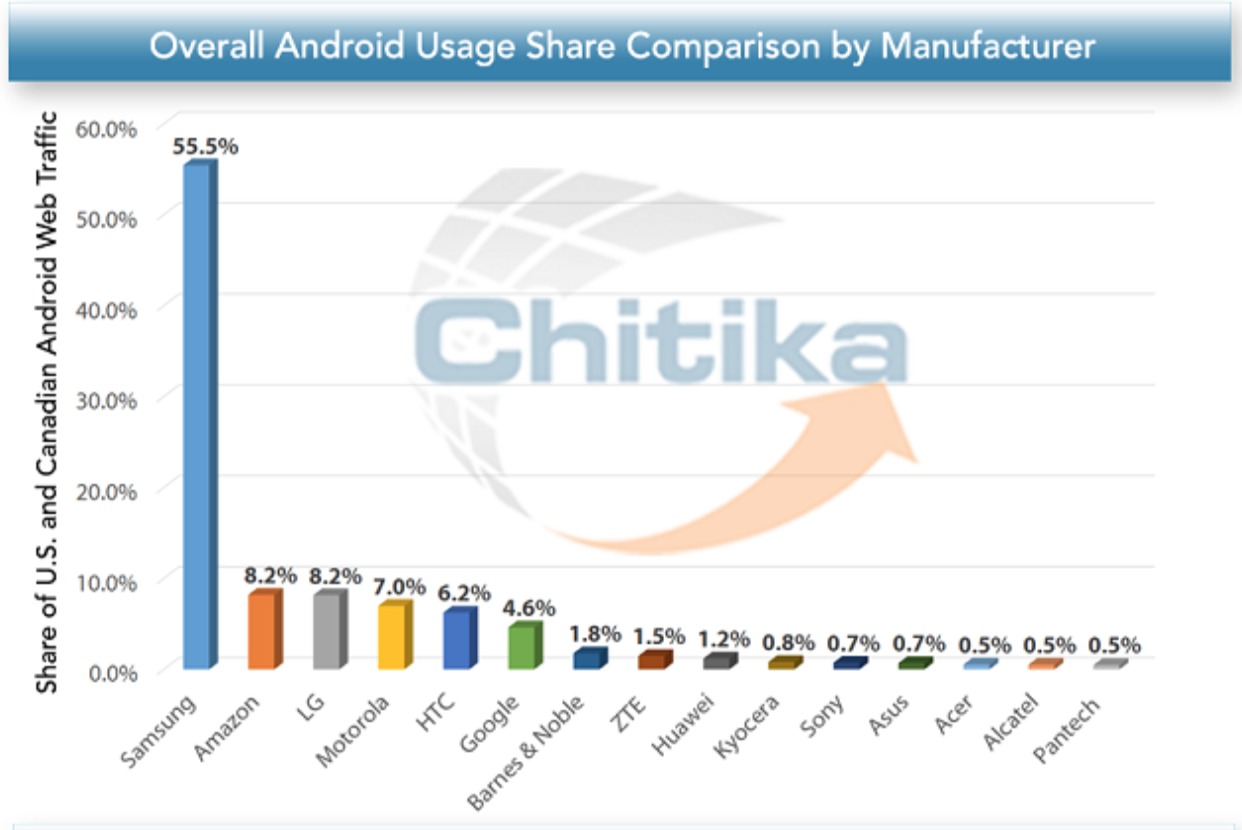 How we use our smartphones can provide some interesting statistics. A recent Chitika report shows that, when it comes to Android, Samsung is running away with the mobile web use numbers. Over half of the mobile web use from Android can be attributed to Samsung, and their closest competitor is far, far behind.

These numbers are for North American web traffic from mobile devices, and we can start with those devices. According to the study, 78.6% of us our smartphones, while 21.4% use tablets. Of those devices, Samsung commands 55.5% of Android web traffic.

The closest to Samsung in regard to percentage points is Amazon with 8.2%, and some will likely argue they’re not really Android. Setting them aside for a moment, we have LG with 8.2%, Motorola with 7.0%, and HTC with 6.2%. What is being listed as “Google” checks in with 4.6%, which Chitika tells us are Nexus devices — an odd notation, considering Google isn’t really the OEM, there.

Though impressive when you put it in chart form, it correlates really closely with market share. According to Localytics, Samsung holds on to about 55% of the Android market, while LG has about 7%. HTC has around 6% of the Android market share, and Motorola has 4%. Sony has 5%, according to their numbers, but compromises a slight 0.7% of web traffic on the Chitika report. For all the work we put into discussing Sony’s products, they’re actually behind Barnes & Noble, ZTE, Huawei, and Kyocera in the web use study.

Samsung, in both sales and use, reigns supreme. The study regarding web usage serves to show that web usage across devices is similar as it relates to sales. We’d take exception to “Google” being a line item, here, but it won’t help the rest of the lot — they’re too far behind Samsung for it to make much of a difference.