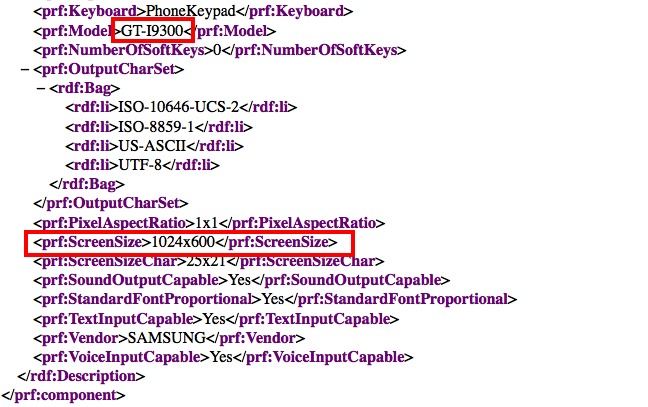 Now that Samsung has basically confirmed the Galaxy S III will not be revealed at this years Mobile World Congress in Barcelona Spain we can’t help but wonder when we’ll see more. With a few random leaks and the GT-9300 appearing on Samsung’s download center we now have another leak suggesting something totally different — or that the Galaxy S III could be a disappointment.

I have a feeling this is only a placeholder and not the real deal. If the Galaxy S III came with that low of a resolution there would be more than a few angry people. Considering the Galaxy Nexus has a huge 1280 x 720 HD resolution, and the Galaxy Note being 1280 x 800. We are expecting the same or more from the SGSIII. Another possibility is this will be some other smartphone and not the Galaxy S III. We’ve also seen leaked pictures of the suspected SGSIII listed as the GT-i9500.

We still expect some details and announcements to come any day now regarding the Galaxy S III. Probably right before or after MWC 2012 to get everyone interested. We’ll update when we find more details.