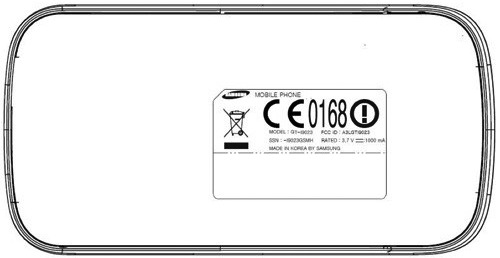 What in the world is going on here? The story goes – and note we’re sort of reciting what Engadget’s got on their mind before I give you a whiff of what we’re thinking – that this Samsung GT-i9023 (keep that number in mind) which is passing the FCC with AWS 3G (T-Mobile’s band), is the same phone that a weirdo group of German homies BestBoyZ were holding in a video that was also running Android 2.4 Ice Cream Sandwich since the baseband version on the About screen is yes, you guessed it, i9023.

What does that mean? Maybe it means the new Android version is super close! But why would they release it so extremely nearby both 2.3 Gingerbread and 3.0 Honeycomb? Man I dunno.

Some more facts to toss in your bonnet:

This model number also recently recieved Wifi Alliance and Bluetooth SIG certification (both of these items being totally boring items of note.)

European retailers with the i9023 already supposedly in stock are listing this device as “Black Silver” Nexus S (which could just be a different case color, some sort of special edition, etc.)

The outline of the device in the FCC filing is essentially exactly the same as the Nexus S and the Nexus S has a very similar model number: GT-i9020.

NOTE: the userdebug note shows us that this phone is being run in, yes, User Debug mode, which is intended for engineering use (or, of course, hacker or developer use,) which could mean very many things – one of the first of which being this fellow could have popped a 4 after that Android version 2.x very easily. On the other hand, it could be an engineering thing – read: pre-release thing meaning this guy is either supposed to be testing this device in secret or has… you know… stolen it.