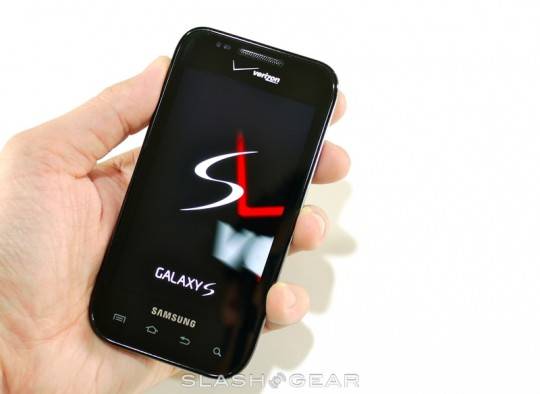 Samsung has taken the top spot as the number one Android smartphone provider in the US in Q3 2010, with Gartner finding that the manufacturer’s Galaxy S family of handsets had helped it grab 32.1-percent of US sales. That’s a considerable step up from Samsung’s previous Android sales performance; the company only had 9.2-percent of the market in Q4 2009.

According to the press release “the Galaxy S portfolio will be upgraded to the Android 2.2 (Froyo) operating system in the near future” though there’s no more accurate timescale than that.

Samsung Mobile attributes much of the success to its Galaxy S portfolio of premium smartphones, which recently passed the three million shipment milestone in the U.S. Galaxy S smartphones are currently available with AT&T, Sprint and T-Mobile and Verizon Wireless, along with U.S. Cellular and Cellular South.

“I want to personally thank everyone who selected a Galaxy S smartphone as their mobile handset of choice. Neither of these wonderful accomplishments would have been possible without the loyalty and support of our customers,” said Dale Sohn, president of Samsung Mobile. “The Galaxy S portfolio has played a significant role in Samsung’s success in 2010 and we are extremely excited to show you what products, services and innovations we have in store for the U.S. market in 2011.”

The Samsung Galaxy S portfolio is packed with premium features and services, including a brilliant 4-inch Super AMOLED display screen, 1GHz Hummingbird Application Processor, Samsung’s Media Hub premium movie and TV programming download service and a full array of entertainment, messaging and social networking capabilities. The Galaxy S portfolio will be upgraded to the Android 2.2 (Froyo) operating system in the near future.