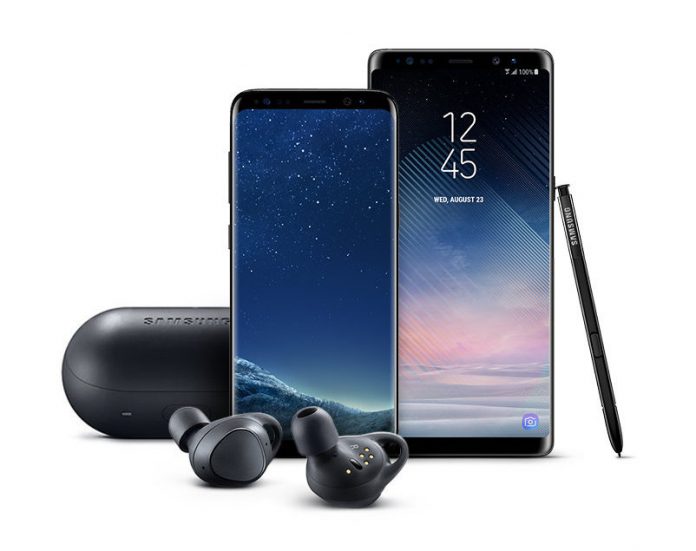 Not everyone would want to immediately buy the upcoming new flagship devices from Samsung, whether for budget reasons or because they don’t immediately trust new devices. For those who would rather get the current/soon-to-be-previous flagships, Samsung has an added incentive. Those who are getting any of the current flagship line will get a free Gear IconX wireless earphones, normally priced at $199.99. It’s a pretty good deal especially if you would prefer a wireless headset over the default earphones that come with a new smartphone.

If you buy a Galaxy S8, Galaxy S8+, Galaxy S8 Active or Galaxy Note 8 from the Shop Samsung app or their official US website, you will be able to avail of the free pair of Gear IconX earbuds. This applies to the unlocked version or those locked to carriers, except for Xfinity Mobile, Cricket Wireless, MetroPCS, Boost Mobile, Virgin Mobile, TracFone, and C-Spire. If you were already planning to buy any of the current line-up, then this will probably be just an added bonus.

If you don’t know what’s special about the Gear IconX earbuds, aside from the fact that they’re completely wireless, you get touch controls so you don’t have to constantly bring out your connected smartphone. It also has built-in memory so you can actually save music or audiobooks on it. It is also compatible with other Android smartphones running on Android 4.4 and above.

You only have until March 1 to avail of this promo. Since the Galaxy S9 will be announced by February 25, you’ll have a few days to decided whether to get the new flagship or stick with any of the four in the current line-up.