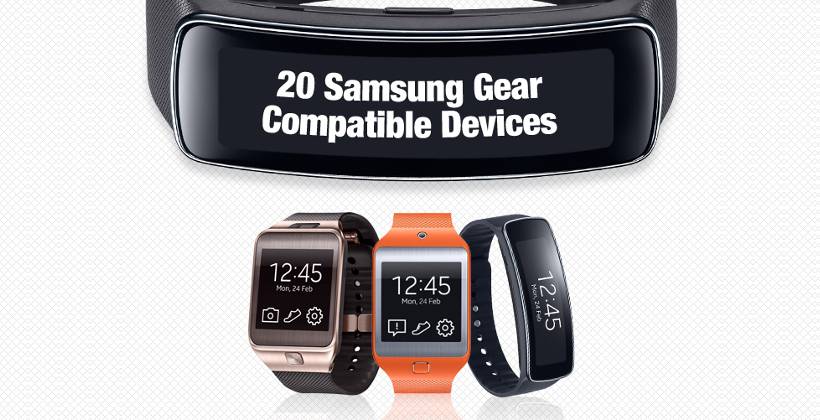 Learning from its disastrous errors with the Galaxy Gear smartwatch, Samsung has now quickly made its second generation Gear devices compatible with more devices beyond the initial Galaxy S5 that it debuted with. This roster of 20 models cover a wide variety of devices, ranging from smartphones to tablets, from late 2012 to early 2014, from mid-tier to premium ones.

Considering that the Gear 2, Gear 2 Neo, and Gear Fit are practically just smart accessories, their usefulness is intimately tied to another, larger, and Internet-connected device such as a smartphone or tablet. It would then business suicide if Samsung didn’t immediately make these wearables work with as many of its own Android devices now that the Gears are already available for purchase. That was one of the biggest criticisms levied on the manufacturer when it launched the first Galaxy Gear, which eventually led to its rather unfortunate failure in the market.

Samsung’s new list of compatible devices wisely covers a broad range of different classes and prices of devices. You have 12 smartphones and 8 tablets. For the tablets, you have the new “Pro” tablets, the Galaxy Note 10.1 2014 edition, as well as the more wallet-friendly Galaxy Tab 4 line. On the smartphone side of the fence, The Galaxy Note family starting from the Galaxy Note 2, even including the Galaxy Note 3 Neo, is supported, while the Galaxy S III, the Galaxy S 4 and its entire brood, and of course the Galaxy S5 are also included. Budget devices such as the Galaxy Mega and the new Galaxy Grand 2 have been added as well.

Now that there is a broader range of devices to choose from, the Samsung Gear bands should become a more interesting purchase, though the price tag might still deter some from making that decision. Developers will also probably have more incentive to develop apps for these wearables, and fortunately Samsung didn’t wait too long to make its SDKs available for them.