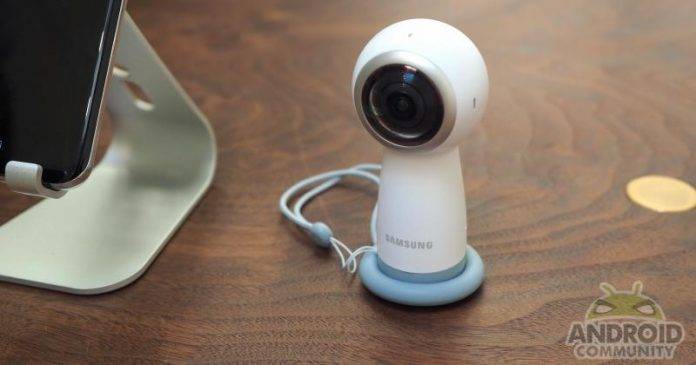 Despite being hailed as the next major push in computing, virtual reality, at least the big and powerful VR, remains inaccessible to all but a few people who can afford it. Not wanting to be left out of the fun, the smartphone market devised its own way of implementing VR, from Google Daydream, formerly Cardboard, to Samsung’s Gear VR. Now in its third iteration, Samsung’s Oculus-powered VR system is arriving alongside the new Galaxy S8, bringing along with it, for the first time, an official Controller as well as a newly designed Gear 360 camera.

Not much has changed with the headset itself. After all, there’s only so much you can do with it other than make it slightly smaller, slightly lighter, and slightly more refined. The new Gear VR does check those marks, now at 207.8 x 122.5 x 98.6 mm and only 345 g heavy. It still uses the same locking system as the previous two Gear VR generations but, like last year’s refresh, utilizes a USB-C connector for the Galaxy S7 and S7 edge and, of course, the Galaxy S8 and S8+. Owners of older models need not fret too much because Samsung ships a micro USB adapter as well. 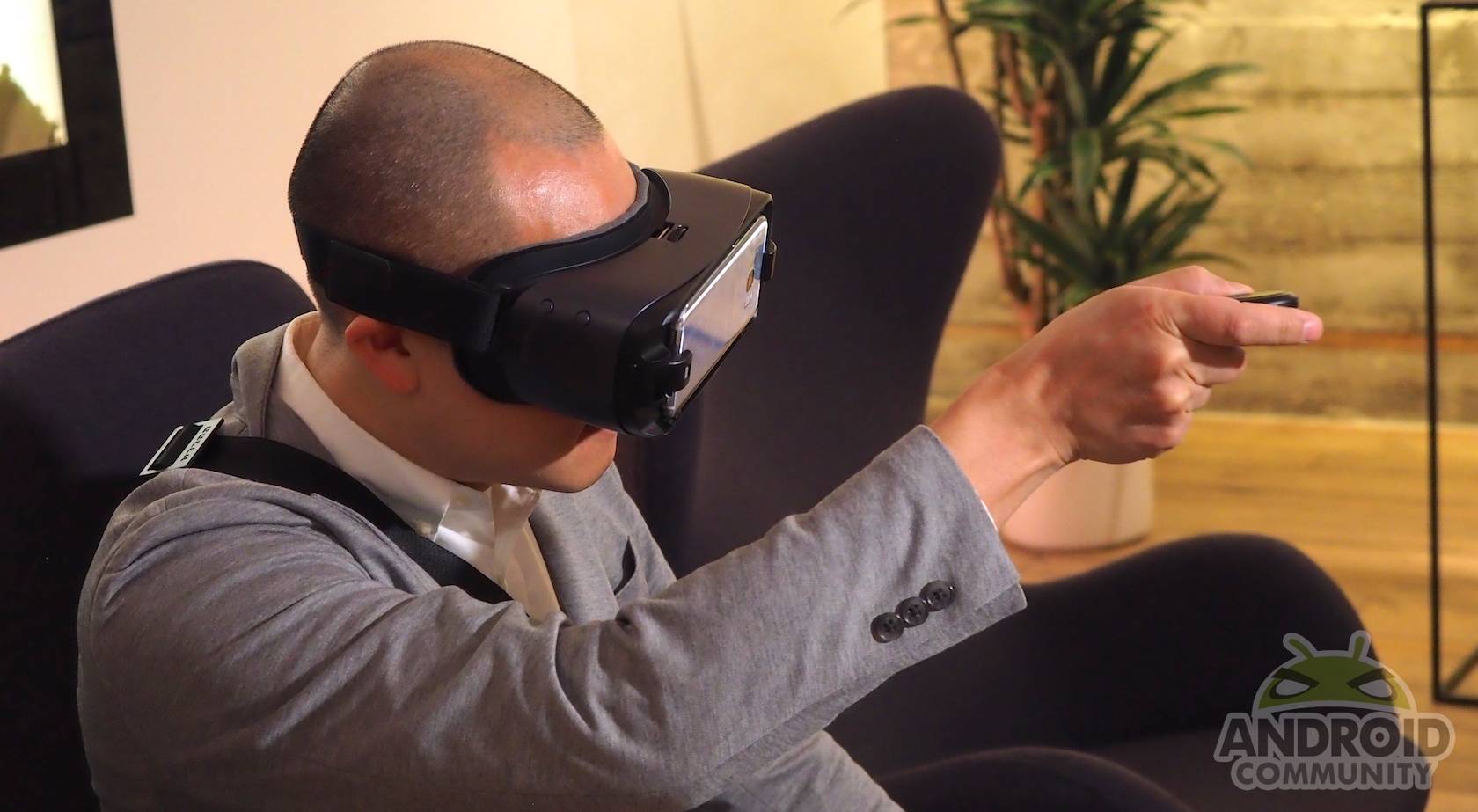 The real star of this year’s Gear VR show, however, are the controllers. Like the Google Daydream View, Samsung is now shipping a one-handed controller that offers a more believable way to interact with VR objects. Ironically, despite being co-developed with Oculus, the Gear VR Controller looks more like the HTC Vive’s larger counterpart instead of the fancier looking Oculus Touch. You basically get a wand with a flared circular head at the top that has a clickable trackpad. Below this are buttons for Home, Back, and Volume. Underneath the Controller is a trigger for selecting or shooting, depending on the VR experience.

In terms of functionality, the Controller works as you would expect. The variety of sensors, which include accelerometer, gyrometer, and magnetic sensor, allow the Gear VR, or rather your phone, to track the Controller’s position in 3D space. It offers 3 degrees of freedom (3DoF) that can be reset and calibrated by holding a button. It works pretty much like the Daydream View controller except that i runs on AAA batteries instead of a rechargable one. Given its shape and size, there also isn’t any place to stash it with the Gear VR. The way the trackpad and buttons work on the Controller is exactly the same as equivalent buttons on the older Gear VR headsets. This means that you won’t have to wait for new VR apps and games because the old ones will work just as well, if not better.

While the Gear VR headset is already on its third iteration, not counting the first development prototype, the Gear 360 camera has just landed its second version. And yet of the two VR-related products, the 2017 model of the Gear camera is the one that has seen the most drastic design change. 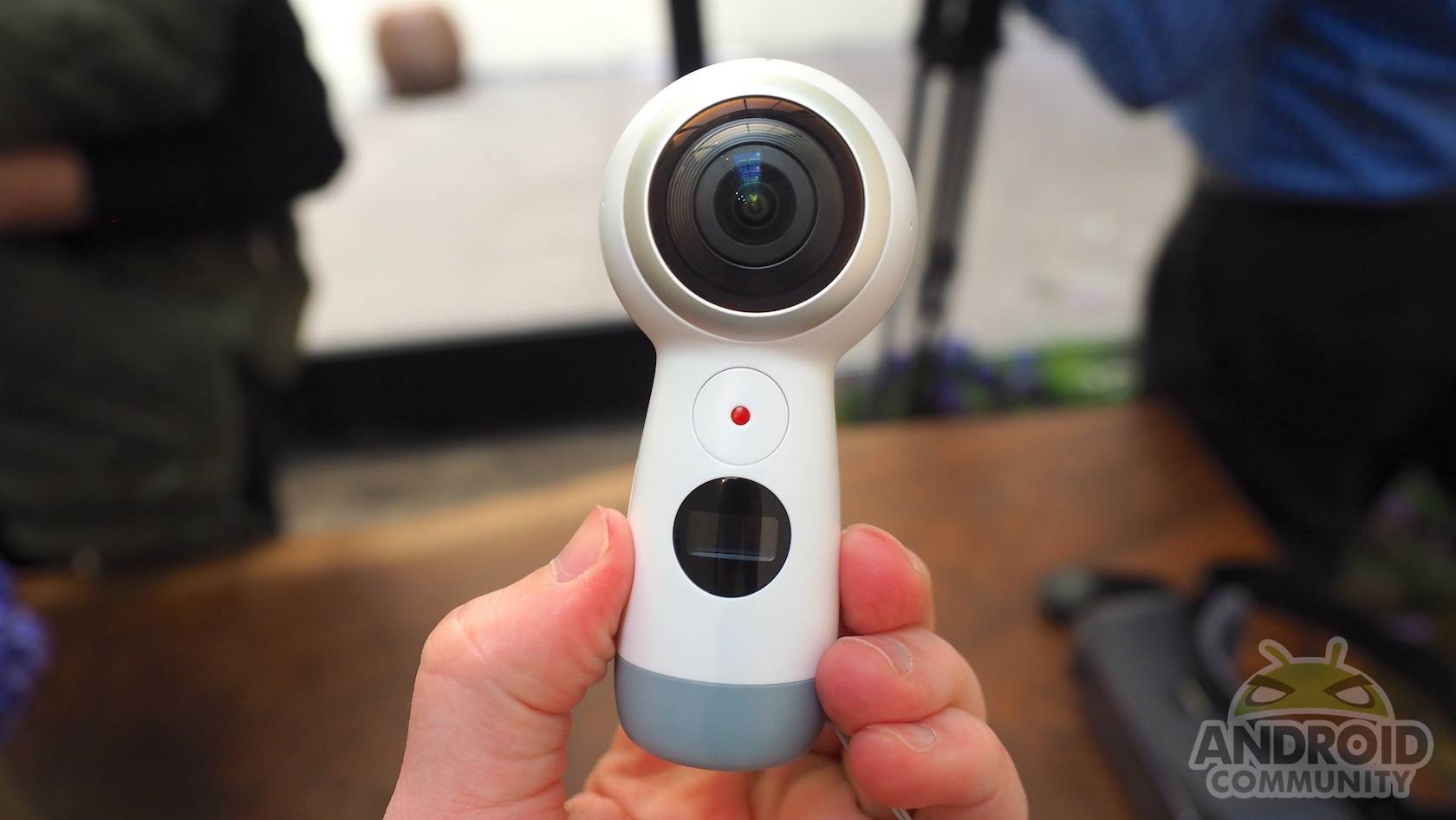 The first Gear 360 embodied its function, taking the form of a sphere in contrast to most other 360-degree cameras in the market. It seemed to take inspiration from robots of games and science fiction, not all of which are benign. The Gear 360 2017 still looks like robot, but one whose curves and beauty is less imposing than the older model. The change is practical as well. While small, the first Gear 360’s spherical shape made it take up more space than necessary. The new Gear 360’s head is still a ball but is also smaller due to the fact that most of the hardware, save for the camera itself, has been moved down to the cylindrical body.

Of course, the changes aren’t only skin deep. The 2017 Gear 360 now supports proper 4K resolutions. The two 8.4 megapixel sensors allow the little camera to capture 4096×2048 24 fps videos. While the Gear 360 can work with Android and iOS, only Android users will have the ability to livestream directly to Youtube in glorious 2K. As before, there is Wi-Fi and Bluetooth and a microSD slot for data storage. The wired connection this time is USB-C, unsurprisingly, and the camera has a barely decent IP53 dust and water resistance.

Samsung has not yet revealed when the GearVR with Controller or the Gear 360 (2017) will go on sale independently, but the VR headset will be offered for free, for a limited time, to those who pre-order the Galaxy S8 and Galaxy S8+ starting tomorrow, 30th March. The Gear VR with Controller will be sold for $99, just like older models, but the Controller will also be sold separately so that those who already have a Gear VR can still enjoy the new 3 degrees of freedom.