No, don’t worry or don’t get too excited. Samsung hasn’t discovered bilocation just yet. But they are introducing a way that you can almost be in two places at the same time, even if one of them is just digitally or more specifically virtually. A new platform called Oculus Venues will bring you to concerts, events, movies, and more, all from the comfort of your own living room. All you need is a Samsung smartphone and a virtual reality headset like Gear VR and Oculus Go and you will be able to watch like you are actually there, and if you want, with other people that you know (or even strangers) as well.

Oculus Venues is the perfect platform for those who
* …think it’s too hot to go outside this summer
* …cannot afford or don’t have time to travel across the country to watch a concert or event they’ve been looking forward to
* …don’t want to rub elbows with actual, real people but still want to enjoy events like this

The solution to all of those problems is of course to stay inside and just watch a concert or sporting event on your big screen TV. But Samsung can do you one better by making you feel like you’re actually there through the power of virtual reality. And the shows that they’re offering for Oculus Venue will be happening live and in real time. They kicked things off with a concert by Australian singer-songwriter Vance Joy and then Gotham Comedy Live in NYC. They have a whole line-up of events until August which includes baseball games, more concerts, a football game between Barcelona and Tottenham Spurs, and even film screenings. 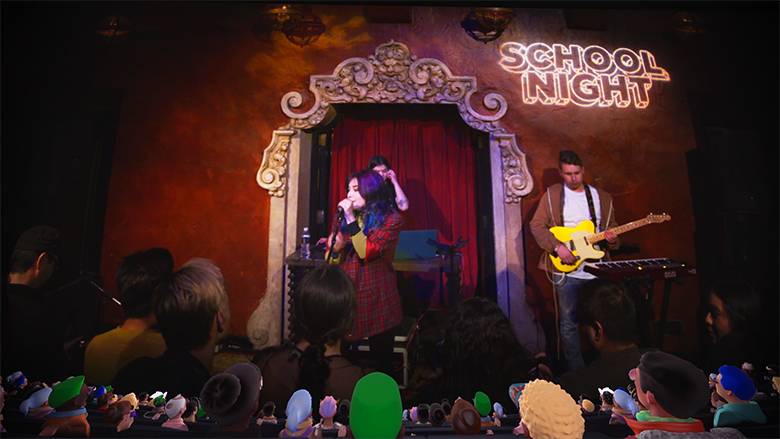 You have the option to watch Venues just by yourself or with your friends and family members. If you’re in the mood to meet new people, at least virtually, you can turn on social sharing and connect with people based on common interests and common friends on Facebook just to be a bit safe. If you do come across fellow viewers that may be abusive or violated any of the items in the Oculus Code of Conduct, you have tools to mute or block someone and report them to the community moderators.

So if you have an Oculus Go or a Gear VR, go ahead and download the Oculus Venues so you can enjoy their partnerships with MLB, NBA, AEG Presents, Lionsgate Films, and later on SHOWTIME. You’ll be able to see the updated events list in your Explore feed. You can also receive notifications and reminders for upcoming events. 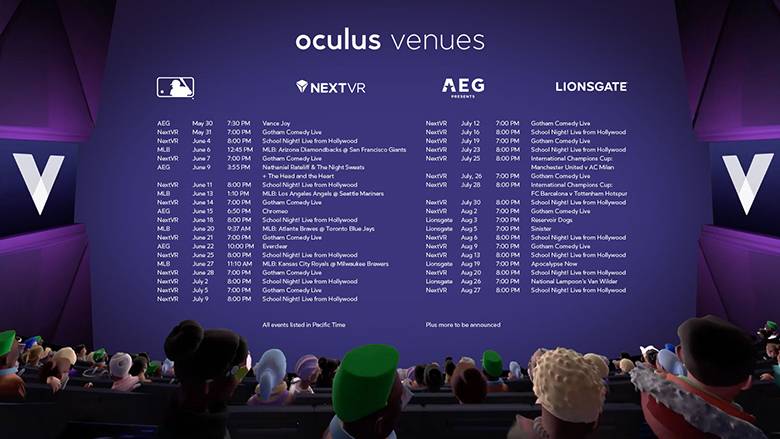