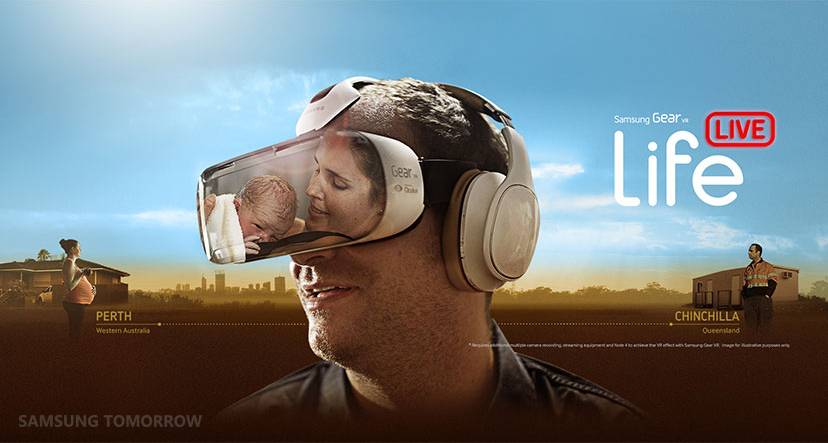 This may be too melodramatic for you but Samsung has perfectly shown us how virtual reality could bring people together even though they are on different places at a given time. With the use of Samsung Gear VR, offshore-based Jason of Queensland, Australia was able to witness the birth of his third child in Perth. The father was 4,000 kilometers away from his pregnant wife Allison and two kids but Samsung brought them together virtually.

This was part of Samsung’s efforts to demonstrate that anything is possible now with technology through live-streaming in virtual reality. I first thought that this virtual reality headset would only be best for gaming but the South Korean giant, at least its Australian division, showed us that distance may be a barrier but thank heavens for technology. The circumstance is just one of the millions of families who are separated by distance but the world will only get smaller with all the innovations in tech, the Internet, and communication.

In February, Samsung approached Jason to witness the birth of his child. No, they didn’t give him a plane ticket (yeah, that would be easier) but they let him use the Gear VR and experience virtual reality. From Queensland, Jason was “transported” to a hospital room in the city of Perth to see wife give birth. Jason could look in all directions using the Gear VR. You’ll see that he’s seeing everything in the room real-time as if he was really there.

Oh tears… naaah just almost. I didn’t cry but was only about too all throughout that six minutes of video. Samsung didn’t pass up the opportunity to use this story for marketing purposes because really, why not, mate?!