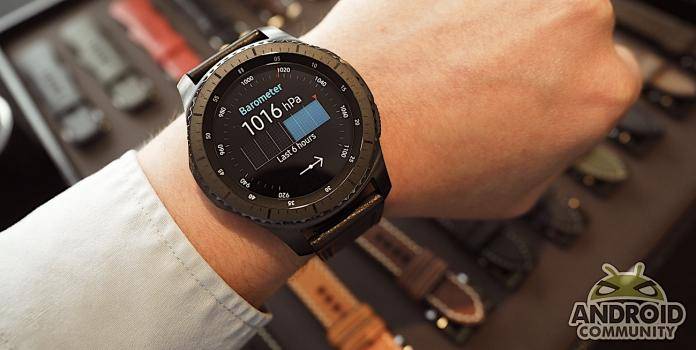 The South Korean tech giant didn’t launch a new smartwatch last year. There was the Frontier TUMI edition but it’s just another version of the Gear S3. We’re hoping the Gear S4 will be out this year. The Tizen-powered wearable is already due for a follow-up. Samsung should really work on it since the Wear OS by Google will make a bunch of smartwatches more powerful than ever. If Samsung wants to remain in the wearable game, it needs to come up with something new.

This isn’t just a rumor but the Samsung Gear S4 (SM-R800) is already in theworkss according to SamMobile. It is codenamed Galileo and it most likely will be the Gear S4 since older models like the S3 Classic, Frontier, and Gear Sport were known with the following model numbers: SM-R770, SM-R760, and SM-R600. The next-gen smartwatch is believed to offer more in-depth sleep tracking, improved components, and better S Health features.

We’re taking this information with a grain of salt until we see more photos, image renders, or even sketches. We don’t doubt Samsung is planning new things for the wearable category. It’s only a matter of time so we’ll see. The Samsung Gear S4 is definitely one to anticipate for.