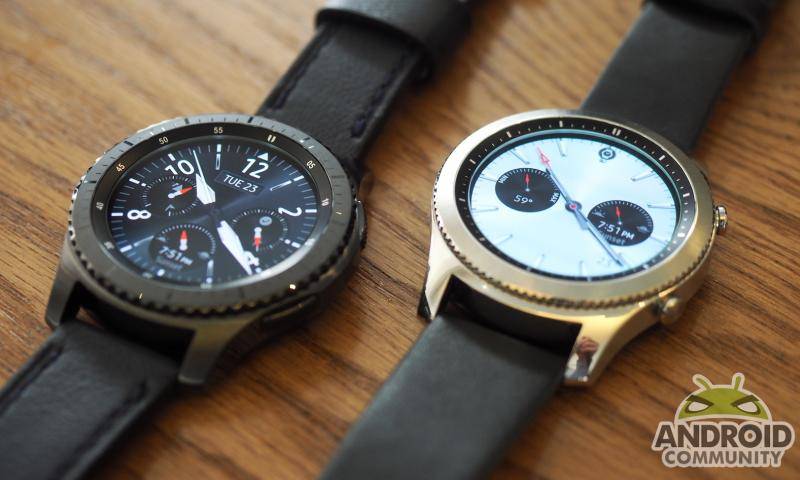 The initial hype surrounding smartwatches may have mellowed down of late, but Samsung continues to push the market forward, trying to drive innovation in every little way that it can. Because there are really only so many ways you can extend the smartwatch before it becomes too bloated to simply be a watch. In the Gear S2, Samsung added a rotary control that added some novelty, and, of course usability, to the wearable. But while the new Samsung Gear S3, unveiled here at IFA 2016, doesn’t aim to be that sensational, it still manage to check a few “firsts” in the smartwatch market, being the first smartwatch to not only support LTE but also sport Samsung’s MST technology for Samsung Pay.

Like before, the Samsung Gear S3 comes in two forms but with different names this year. Well, somewhat different names. As before the Gear S3 “Classic” is the one that bears, well, the classic look and feel of a traditional watch, sans the analog parts of course. On the other hand, the new Gear S3 “Frontier” dons a sportier, not to mention larger, physique. In most other ways, except connectivity, the two are practically identical and, as expected, draw their roots from the Gear S2. 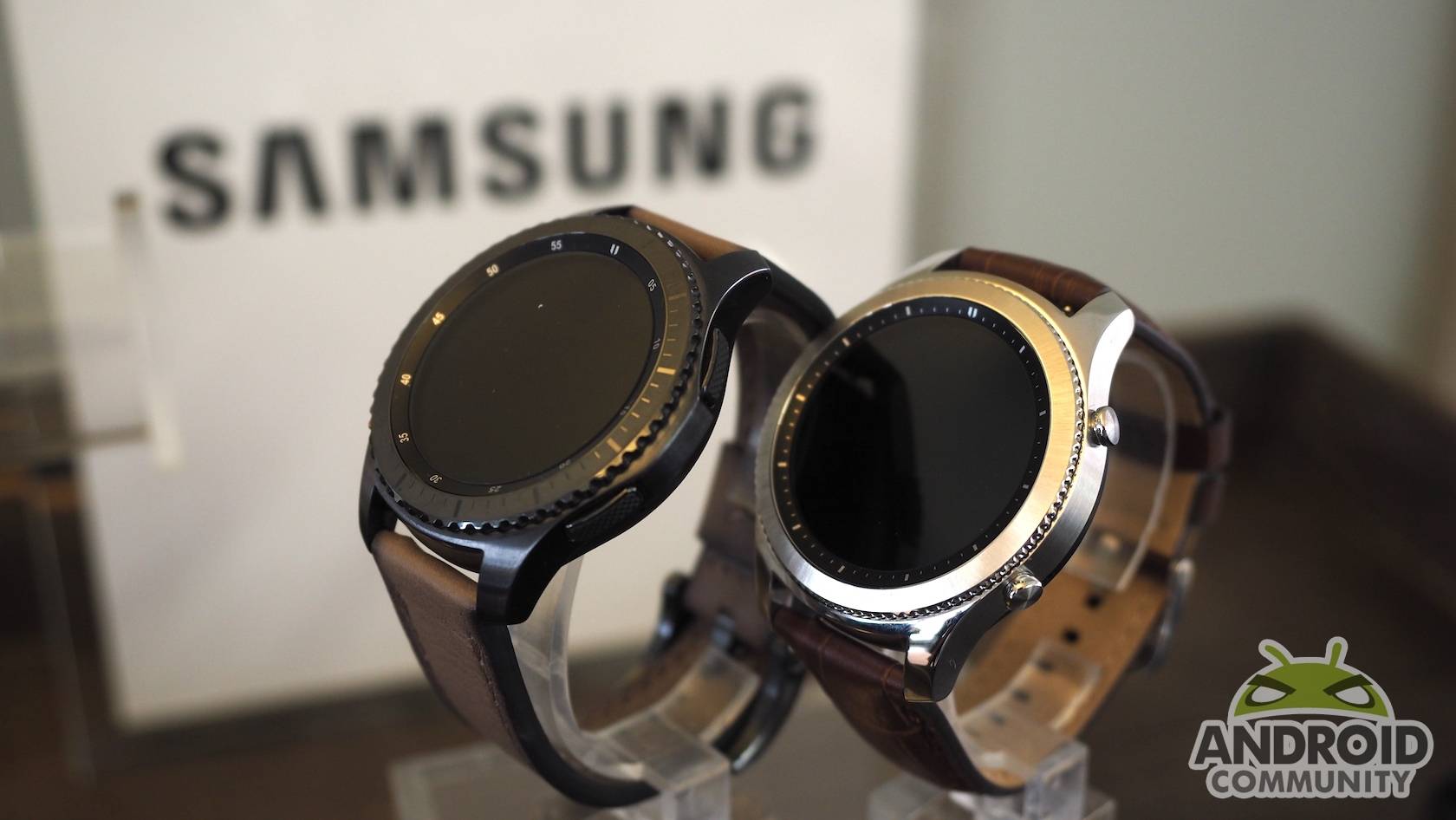 The rotating bezel is, thankfully, still there, as it is the feature that gives these latest Gear smartwatches their most distinctive identity. It is both easier to use than turning a crown and also more universal, as you won’t have to worry which wrist you put it on. A clockwise twist is equivalent to a swiping right, which can accept calls or dismiss reminders. Turning the other way is the opposite left swipe for rejecting calls or snoozing alarms.

The Gear S3 does differ significantly from its predecessor, and it is most evident in the size of the display, now 1.3 inches versus the previous 1.2. That means you have more chances to behold its support for 16 million colors, whether in apps or even just on the watch face. Now, you might think that larger screen means more battery consumption. That may be true, but the Gear S3 compensates with an even larger 380 mAh battery, up from 300 mAh in the previous gen. And even when you only have 5% charge left, you can still get through a whole day in a low-power, watch-only mode, sort of like the Ultra Power Saving Mode (UPSM) on Samsung’s smartphones.

The bigger battery capacity definitely comes in handy when it comes to connectivity, because the Gear S3 boasts of being the first Samsung Tizen-powered smartphone with standalone LTE connectivity (for the record, the honor of being the first LTE smartwatch belongs to the LG Watch Urbane LTE). In the usual sense, that means that the Gear S3 can, of course, function without a paired smartphone, be it for telling time, the weather, location, or even music. Yep, music. As it turns out, the Gear S3 has a new and improved Spotify app that lets you stream directly to the smartwatch and listen either through its own speakers or through Bluetooth headsets. But to be clear, due to licensing and copyright issues, you cannot download those songs for offline use. You can, however, do store your own tunes on the wearable’s internal 4 GB storage. The Gear S3 also has its own barometer and altimeter for more accurate location tracking. That means that you can safely leave your smartphone at home when you go for a jog because both tracking and music are pretty much covered by the Gear S3. But wait, there’s more! It even cover HD calls! At least on compatible networks. Of course, regular calls and messages are covered as well. 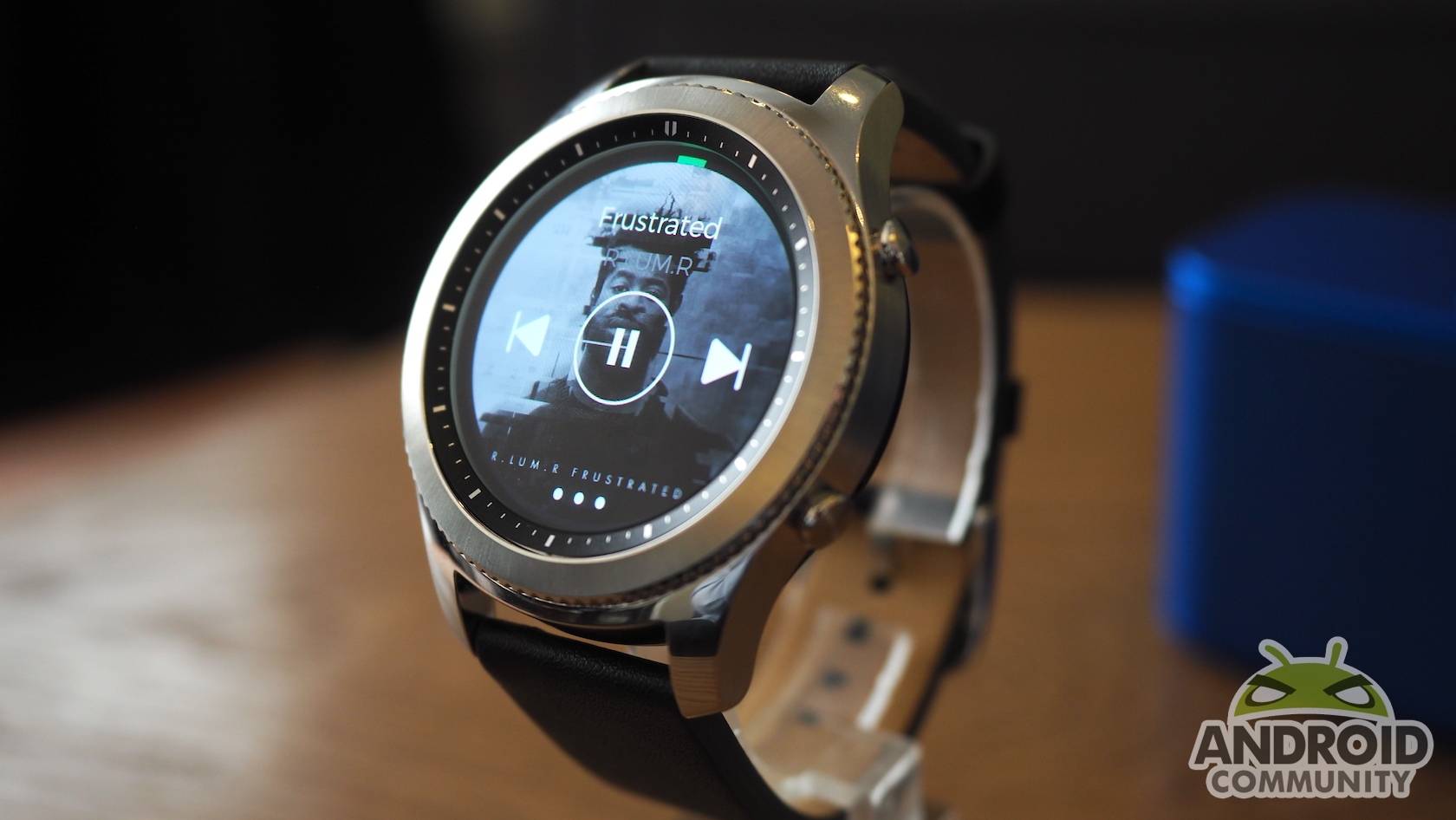 This character of independence also shows in the Gear S3’s support for Samsung Pay. It isn’t the first one to do so, mind you, but it brings an important feature to the table. One of Samsung Pay’s key strengths is its support for older magstrip terminals via the technology known as Magnetic Secure Transmission or MST, something that previously only Samsung’s high end smartphones made available. Well, guess what? It’s now on your wrist, too! Yes, the Gear S3 features both NFC and MST support for Samsung Pay, so you won’t have to whip out your smartphone just to make a fancy, hi-tech purchase. In fact, you won’t need your smartphone at all, which isn’t a completely good thing. At the moment, the Gear S3 will register its own separate set of cards independent of those you already have registered on a paired smartphone, which means twice the work for users. It could change in the future, says Samsung, though not exactly clear when. 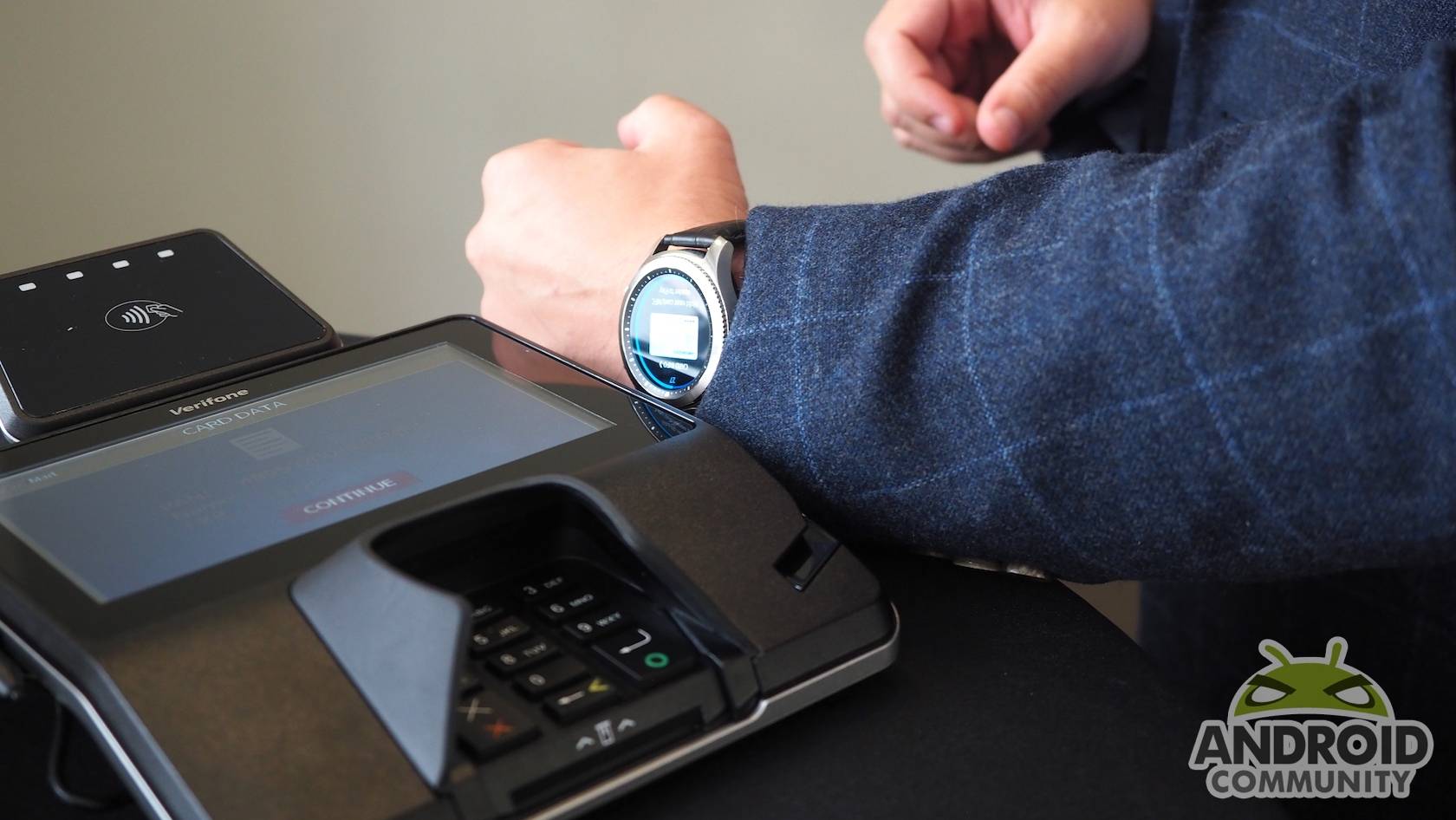 Smartwatches are a hard sell these days, but the Samsung Gear S3 definitely tries to make a convincing argument. While most smartwatch users will settle for simply telling the time and reading notifications, Samsung goes the extra mile while not going overboard, turning the smartwatch into a cramped smartphone. And in a market that fluctuates constantly between those two extremes, it is, without a doubt, a difficult balancing act to make. 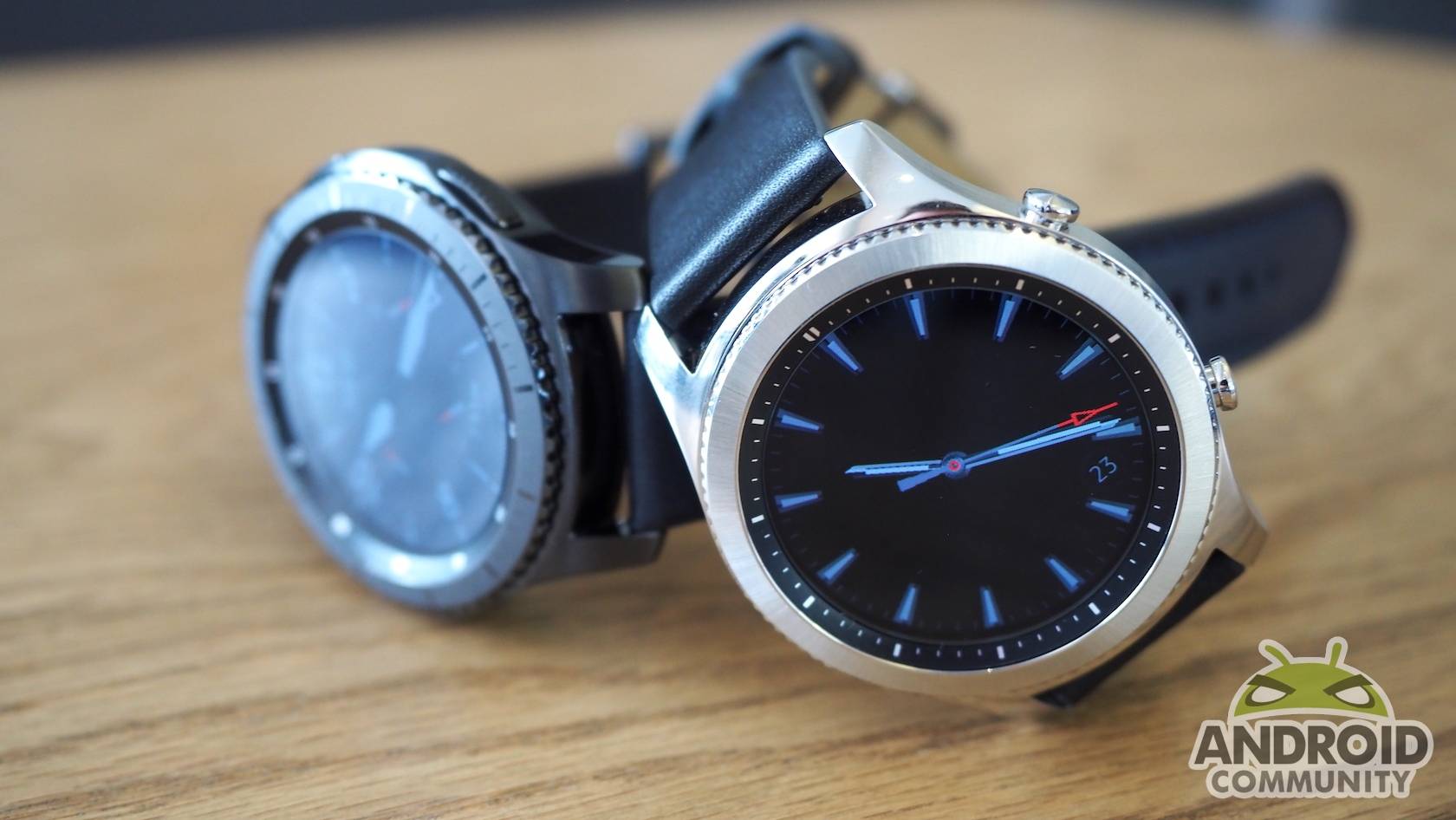