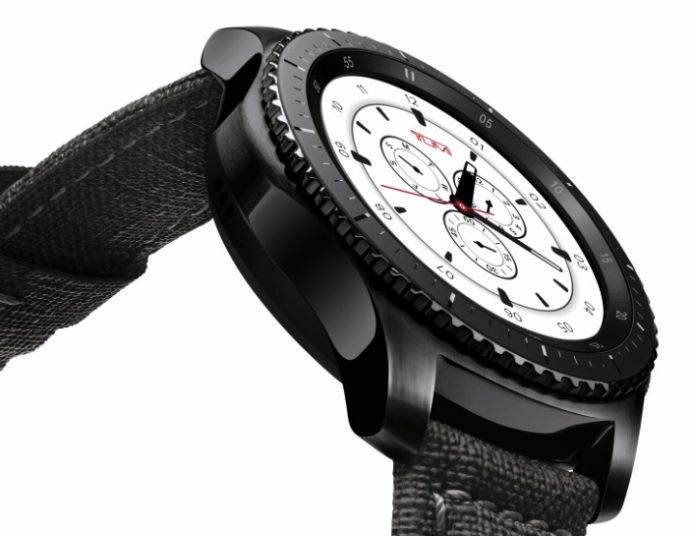 If you’re a fan of both the Samsung Gear S3 and the TUMI brand, then you will probably like this new variant that they have just announced. It is a special edition of the Gear S3 Frontier smartwatch that will sport a TUMI wristband and watchface. Just like the original Frontier device, it will also be a rugged version of the wearable but will also have the premium look that the TUMI brand brings to its luggage and accessories.

If you remember back in November, the Frontier variant of the Samsung Gear S3 was announced as the more rugged version of the classic Gear S3. This TUMI edition will have all of the features that the original Frontier has, including IP68 water and dust resistance as well as extreme temperature adaptability with a MIL-STD 810G level. It also has Magnetic Secure Transmission and NFC support so you can make purchases through the smartwatch with the Samsung Pay mobile payment platform.

What makes this TUMI Special Edition different is that it has an Earl Gray Italian canvas wrist band, stainless steel buckle, and visible edge stitching. So basically you get the ruggedness of the Frontier, the slim look of the Classic, but now you blend them together for a business-like but still rugged look for the smartwatch. You also get the TUMI special watchface which also looks like a regular watch but with smart features. 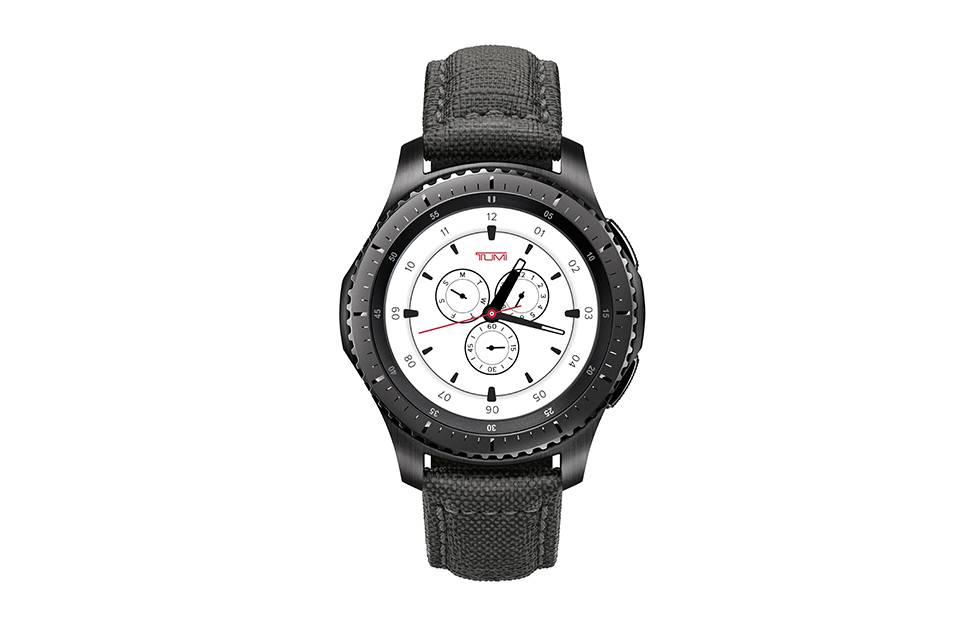 The Samsung Gear S3 Frontier TUMI Special Edition will be available at Best Buy starting today for $449.99. It will then be available in physical stores by August 6.