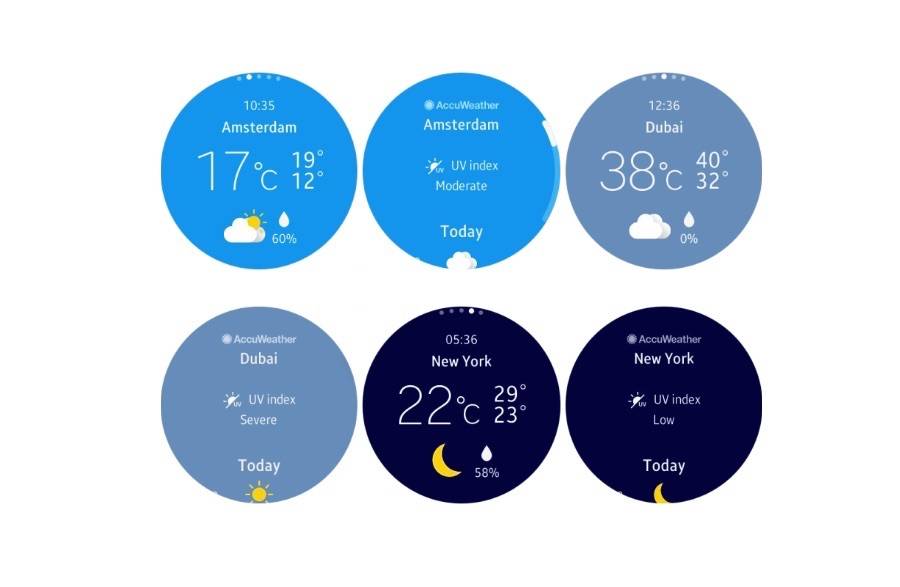 Samsung is working on a new software update. It’s about time that the South Korean company releases an update since the Gear and Gear S2 were a success. Any of the two is a  good choice but a new model is always welcome. However, a new smartwatch may still take a while so we’ll be content with a software update.

With the next update, the Samsung Gear S2 no longer needs to be paired with another smartphone just to install new apps. You can directly install new ones to start making the most of your smartwatch. Based on the images below, new watch faces will be available.

These images were published exclusively by SAMMOBILE. If you’re familiar with the Gear S2 interface, you’ll notice some changes after the update. Samsung decided to go on a flatter design for the world clock app whose face turns into different colors to indicate day and night–white and dark. If you want to know the sunrise and sunset information, just click on one of the items. There’s also a weather app powered by Accuweather that posts information on UV index.

The watchface can be customized with your photos. Choose up to ten images to show when you wake up the smartwatch display. The Samsung Gear S2 will also include an updated S Voice that will allow easier management of notifications, separate contacts, and voice commands.