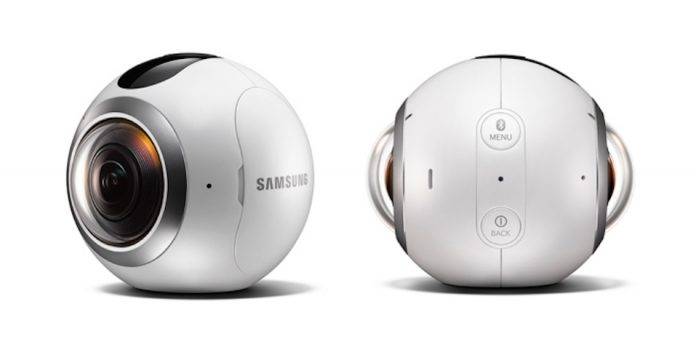 If you’ve been planning to get a 360-degree camera to play around with during the holidays, Samsung is making it easier for you to buy their very own Gear 360. Starting today, it will be available in more stores, specifically the in-store retailers like AT&T, Best Buy, US Cellular, and Verizon Wireless. It has previously been available online, but if you prefer experiencing the camera in person first, you can now drop by and try it out at any of these stores.

In case you need a refresher, the Gear 360 is able to capture 30MP spherical stills or up to 3840 x 1920 high resolution videos, bringing a different dimension to capturing memories during events, travels, sports, or even just an ordinary day turned extraordinary with a spherical photo. You will be able to view the photos and videos on your Gear VR powered by Oculus. Well, if you have one. But if you don’t, you can edit, stitch, and share the 360 content (but only on social media with 360 support) through your compatible Galaxy device.

If you think you would have a hard time using a 360 camera, Samsung says their accessory is pretty easy to use and understand. It is also dust and splash resistant so you won’t be scared to bring it when you’re rough roading or doing some water adjacent activities. But don’t forget that it is not water resistant so don’t use it when you’re actually in or on the water.

Samsung’s dream of having an end-to-end VR ecosystem has been fulfilled with the addition of the Gear 360. It captures your content, then you can share it to any of the Samsung VR platforms, including the mobile app, web player, and Gear VR app, and then view it on your Gear VR. The Gear 360 will cost you $349.99, although prices may vary per store.