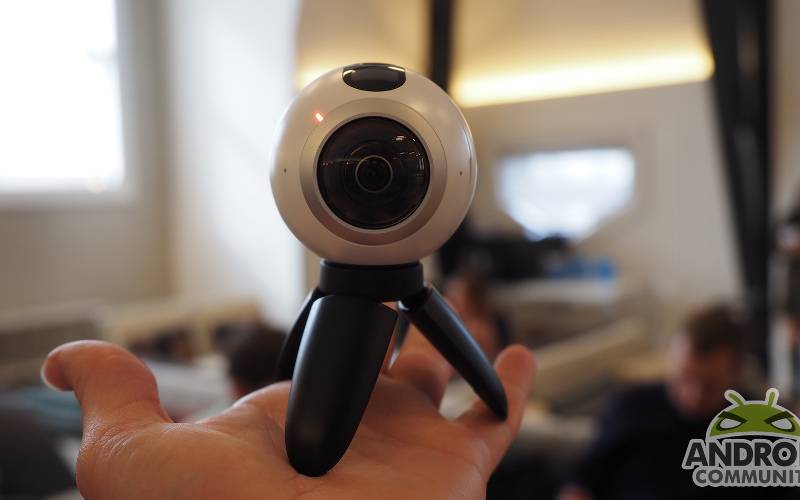 There is perhaps little doubt that virtual reality will be this year’s big tech push. Whether or not that actually lasts for the next few years is probably not yet the question. But while many tech companies are churning out one VR headset after another, the amount of available virtual reality content is still severely lacking. Interactive content like games, of course, require the muscle of developers, but even simple VR video footage often requires expensive and inaccessible equipment. Samsung wants to change all that, so at MWC 2016, it is unveiling the Gear 360, perhaps one of the most portable, cutest, and hopefully affordable VR cameras around.

Most 360-degree cameras before today either looked like a flying saucer or the monolith from Space Odyssey. In contrast, the Samsung Gear 360 takes on the shape of a sphere, its form hinting at its function. Weighing only 153, it could perhaps be the most portable of consumer VR cameras. Indeed, while it comes with its own mini tripod, it can be fitted a conventional stand or even a helmet, car, or bike. The design of the camera looks both minimalistic and futuristic, almost like a robot eye prop from a sci-fi show. On the top, you have a button for manual camera shutter and a display showing the mode and battery status. 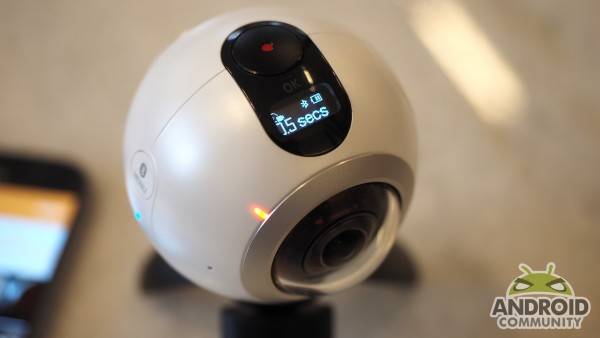 On one side, you have a power button that doubles as a back key as well as button for Bluetooth and switching modes. The camera has four in total: video, still photo, video loop, and everyone’s favorite time lapse. 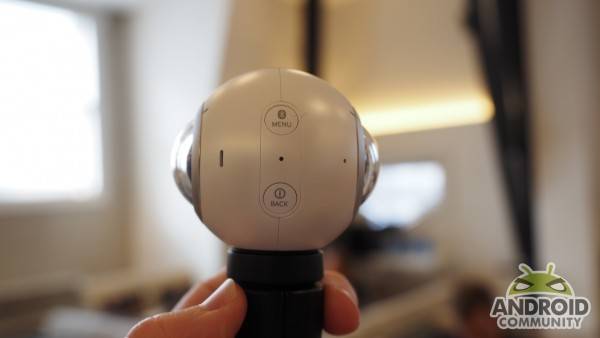 On the opposite side is a flap that hides a USB 2.0 port, a microSD card slot, capable of accommodating up to 128 GB, and a 1,350 mAh battery. These last two features make it possible to use the Gear 360 standalone, with footage and still saved to its own storage immediately. 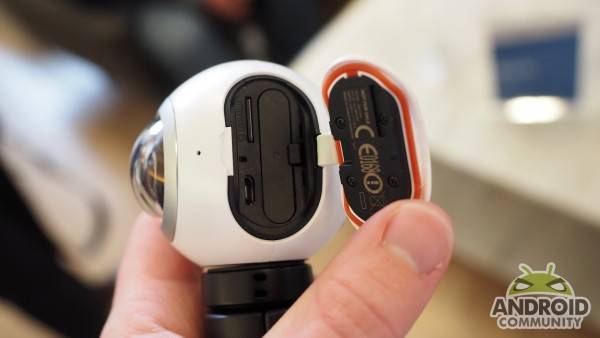 Two sides of the Gear 360 play host to two camera sensors, each with a f/2.0 fish-eye lens, enabling the camera to capture 360-degree content together or, alternatively, a 180-degree shot using one of the two sensors by itself. Video is recorded at 3840×1920, in other words, 4K, resolutions while still images can support up to 30 megapixels. 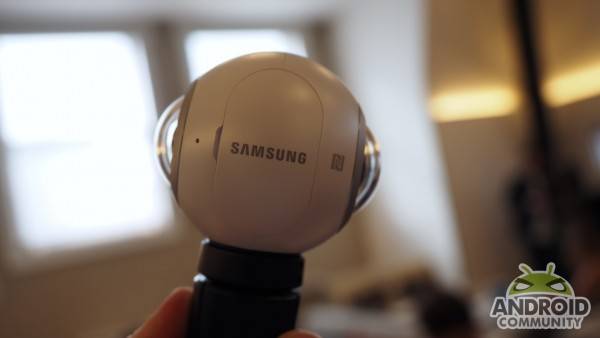 While it is indeed possible to use the camera alone, Samsung would, of course, prefer it if you use it together with the Galaxy S7 and, if you’re feeling generous, a Gear VR headset as well. With a smartphone connected via Wi-Fi Direct, users can preview and direct the shots remotely. Users can also process videos on their smartphones or stream live to Milk VR, Facebook, or YouTube. With the Galaxy S7 slotted into a Gear VR, users immediately get to experience the footage in full virtual reality.

While the Gear 360 is advertised to be best used with a Galaxy S7, it will also be compatible with older Samsung smartphones, though the OEM hasn’t revealed yet which ones. There will also be a PC app available for processing videos and photos. Samsung has yet to reveal how much the Gear 360 camera will cost, which could make or break the whole deal. Launch is scheduled for March 11.