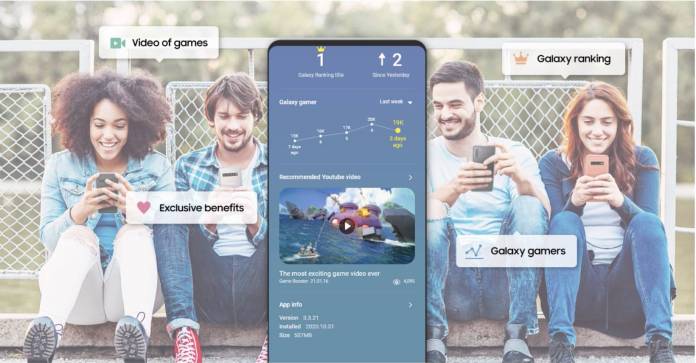 The latest update to Samsung’s Game Launcher is introducing some new things with its latest update and has added support for devices running on Android 12. And while you most likely will be running games on the app, after all it’s called a game launcher, there may also be times when you’d want to add non-game apps to your list and with this update, you now can. There are no major changes coming to the app but these things can be useful and important as well.

SAM Mobile shares that version 6.0.03.1 of the Game Launcher now lets users add other apps that are not games to the “My Games” list. You can also hide the app’s shortcut from the home screen if you prefer to do so through the launcher settings. It can also now be used with child accounts that have limitations since most likely these accounts are using mostly games anyway. Users will also now be able to swipe left and right on the “My games” window.

Another important thing that this update brings is that Game Launcher now supports devices running on Android 12. This of course includes Galaxy S21 devices running on One UI 4.0. And with Google’s latest major Android update now rolling out to more markets, apps that support Android 12 are always welcome. The update for Game Launcher is also rolling out slowly to various markets so they may actually arrive at the same time.

Aside from these minor changes, the update should also fix issues that may have been present from the previous update as well as improve the launcher’s performance. To see if the update is already available for your account or device, go to the Galaxy Store app and check if there are any app updates available. If you know how to manually download and install an APK update, you can also download it from here.

As for the Android 12 rollout, the stable version started rolling out to Pixel devices last month so it might take a while before it becomes available for other OEMs and markets. We’ll be bringing you all the latest updates of course so “stay tuned.”