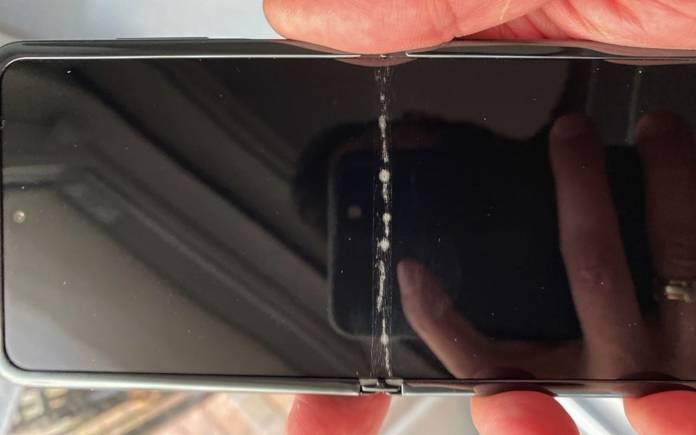 It’s happening again. Samsung’s next-gen foldable phone is the talk of gadget town not because it’s such an awesome phone but because of a problem. No doubt the clamshell design of the Galaxy Z is something a lot of consumers love. As a direct rival of the new Motorola RAZR, the Samsung foldable phone is expected to make a better impression. We’re not sure about the smartphone yet. We only got our hands-on feature and have yet to make a comprehensive review.

A certain Amir (@mondoir), who described himself as a tech addict and a political activist against the Islamic regime in Iran, shared this initial experience with the Samsung Galaxy Z Flip phone. He shared he just received his unit only to be disappointed. When he opened the box, he quickly took off the protective-instruction film.

Amir then flipped the device only to see this happening (image below). A cracked screen is what resulted. Even the cracking sound was heard. 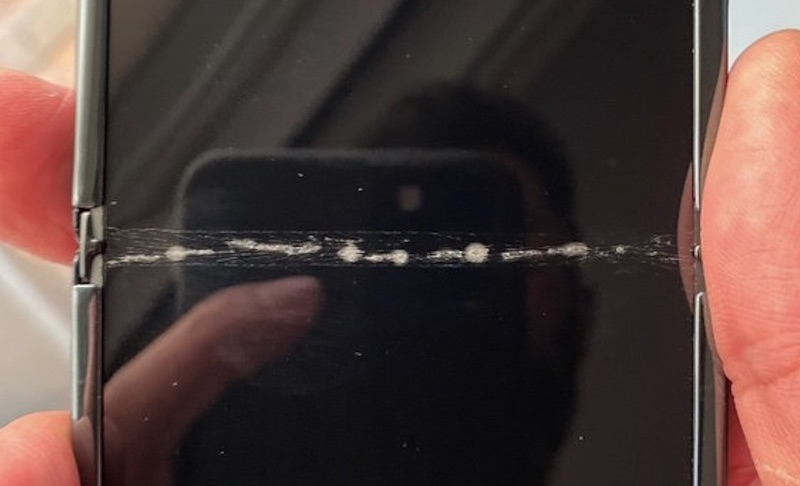 It’s not clear what could be the reason or what could have happened. It could be the cold weather or maybe the display is really not that sturdy? Is this another case of display breaking similar to last year’s first-gen Galaxy Fold?

We did our hands-on feature and nothing bad happen. Our only issue was the presence of a crease but very minor only. The price is another issue but we can’t do anything about it. There is no 5G connectivity either so it may not be worth the price to some.