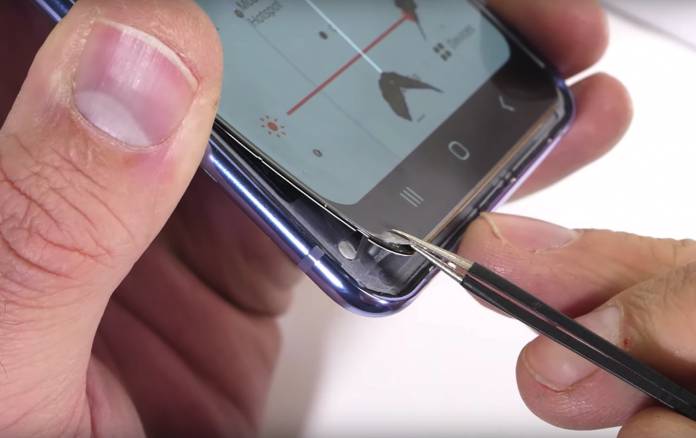 We know that tech enthusiasts like Zack Nelson aka JerryRigEverything are significant if a major OEM like Samsung responded to their comments. The South Korean tech giant sent out a response to The Verge regarding Nelson’s Durability Test. He was looking for the glass since the screen only seemed to be made of plastic. Samsung insisted there is an Ultra-Thin Glass (UTG tech) underneath the so-called plastic. Samsung said the phone comes with an Infinity Flex display covered by a protective layer that is actually on top of the UTG.

The new teardown starts with the removal of that layer. It looks a lot like any common protective screen that can also be easily removed. The problem is when you remove the protection, the rest of the display is rendered useless.

Once the first layer is removed, we can check if the screen is really glass. It is glass and is very thin at that. The result again is a damaged screen. Scratching the UTG results to very small shards of glass.

Now that the flexible displays are out, other parts are removed to reveal the rest of the components. The screen is said to be similar to what the Samsung Galaxy Fold had before. We just find it interesting Samsung didn’t bother to improve the tech further.

Watch the teardown video below: 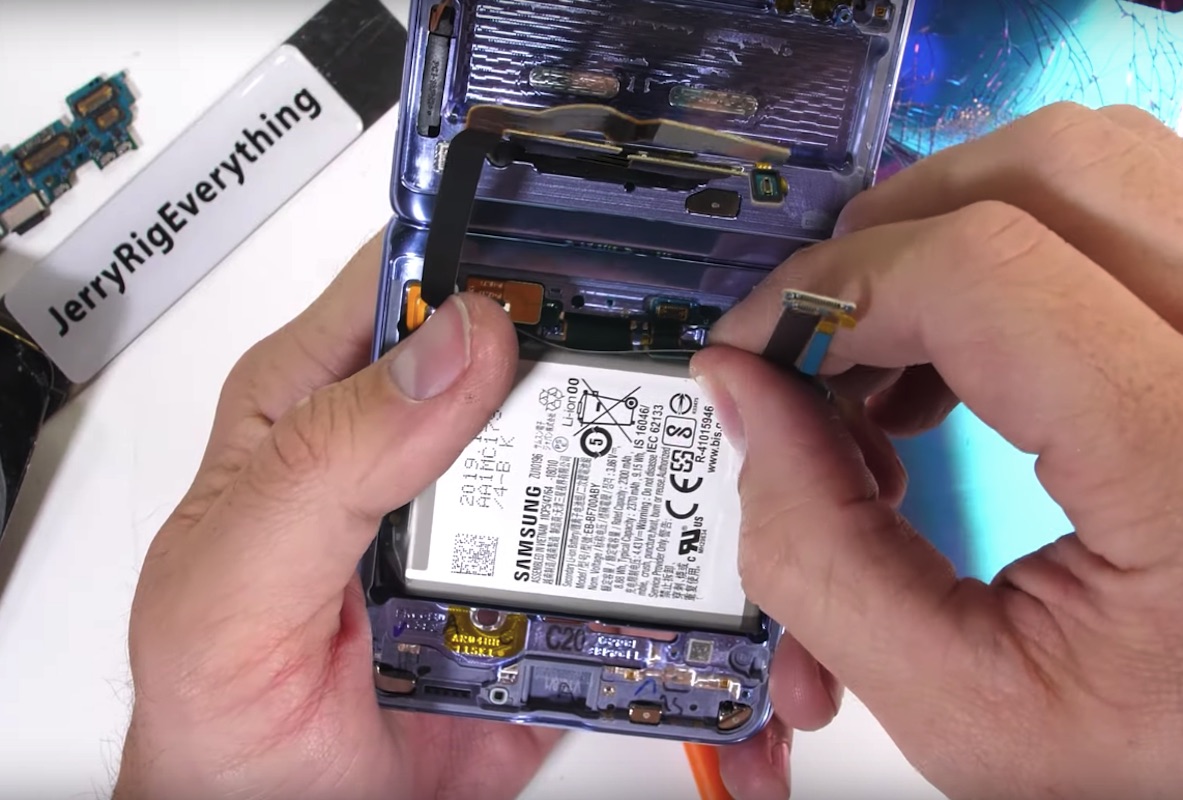 The Samsung Galaxy Z Flip isn’t perfect. It has the potential to become a bestseller even if the price is high because of its design and function. We’re expecting more rough tests and teardown treatments will be done by different tech sources.

The Samsung foldable phone may last longer than usual if extra protection and care are given. You can say that to ordinary consumers.