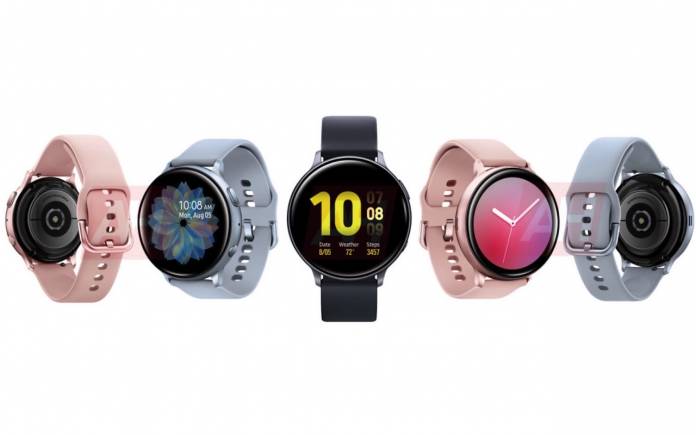 Samsung has already launched the Galaxy Tab S6 a while ago and so we’re expecting the Galaxy Watch Active 2 to arrive next. That’s going to happen before the Unpacked event happens on the 7th of August where the new Note 10 series will be unveiled. Some photos of the Galaxy Watch Active 2 were leaked already and the watch was confirmed to have a Touch Bezel. It was also spotted on the FCC which meant the device is coming really soon. Today, we’re learning that the smartwatch is getting a special edition.

A Samsung Galaxy Watch Active 2 Under Armour edition will be available. @Evleaks has shared a render of the wearable device bearing the Under Armour brand. Two colors will be ready: Gray or Black–at least for the strap that will also bear the UA logo. This special version of the Watch Active 2 is said to arrive pre-loaded with MapMyRun plus free access for six months.

As we’ve already mentioned, the watch will be out in two sizes: 44mm and 40mm. The Under Armour edition will only be out in one size. Some features we can confirm include an ECG monitor, Fall Detection, and Atrial Fibrillation (AFib) notifications.

The smartwatch is said to be announced a couple of days before the Note 10 series is launched. It still is expected to come with a Touch Bezel.

Another set of renders has leaked online, showing possible colors of the Samsung Galaxy Watch Active 2. We also learned the possibility there will be no leather strap but it could still be a special option. We’re only sure about the silicone straps.

The Samsung Galaxy Watch Active 2 is being shown in all angles so we have an idea how it will look. We don’t see a red ring we mentioned before but that could be because these are non-LTE variants. Other information we’ve gathered include the likelihood of 1.4-mm Super AMOLED display, 360 x 360 resolution, Bluetooth 5.0 connectivity, 4GB storage, 768MB RAM, Exynos 9110 processor, and a 247mAh or 340mAh battery.