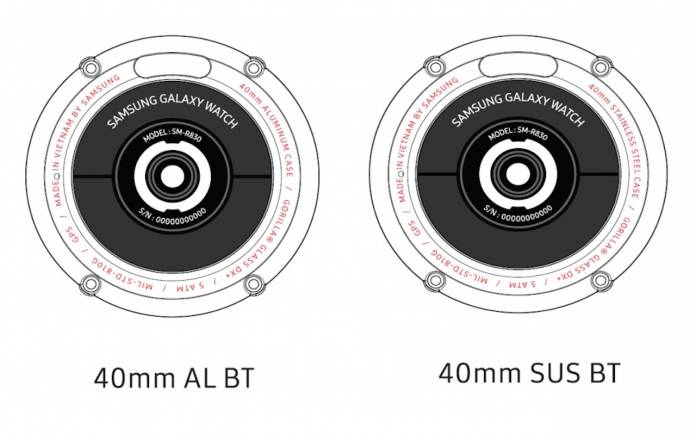 Samsung may be busy with the Galaxy Note 10 series and the highly anticipated Galaxy Fold’s relaunch but we know it’s also working on a new smartwatch. It was first leaked last month with photos and then an official render surfaced online. We were told the South Korean tech giant would release three variants of SAMSUNG Galaxy Watch Active 2 but with no ECG yet. Just last week, it was confirmed to have a Touch Bezel. The new wearable device is coming but there is no telling when exactly.

The latest and probably the closet information we’ve received is from the FCC. Any data from the FCC means a device is coming soon and so this could be true. The Galaxy Watch Active 2 has visited the FCC grounds in full view. The document we’ve seen presents the UI elements, the back and front of the watch specs, and more specs.

The not-so-mysterious device is tagged as a “smart wearable”. There is a reference to the FCC certification page which we don’t have access to. The FCC ID A3LSMR830 is clear so we believe it’s real.

Images provided show a round watch. It may remind you of old Galaxy Watches but with minimal bezels. We’re assuming those are touch bezels already.

As we mentioned previously, a 44mm variant with LTE connectivity may also be available aside from the 40mm and Bluetooth model. It is also said to run on Exynos 9110, 247mAh or 340mAh battery, and 768MB or 1.5GB of RAM.