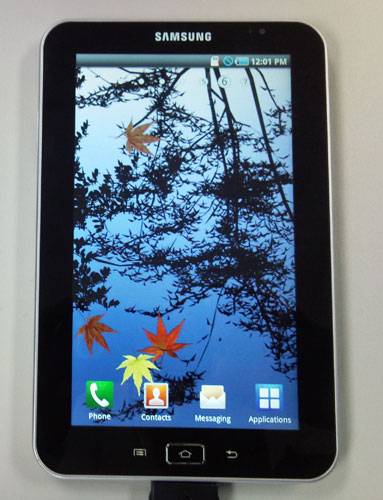 There were some grumblings that the Galaxy Tab from Samsung, the Galaxy S-based tablet, would be unveiled some time this week, but apparently that’s not the case anymore. Samsung Hub has heard that the device will actually be shown off next month, in September, at this year’s IFA.

The word is coming down from a “high-ranking official,” who also says that plenty of other Samsung manufactured goodies are also going to be shown off at the event. However, the only thing we know that’s Android-based is going to be the Tab, so that’s all that’s really important. The tablet features a 7-inch capacitive touchscreen, it has Android 2.2 under the hood, and it’s also got the same 1GHz Hummingbird processor chugging everything along. Whether or not the IFA event will also tell us when the device will be available, and for how much, is anyone’s guess. And, for the record, the Galaxy Tab is not model number NX100. So, if you see that around, that’s not the case.