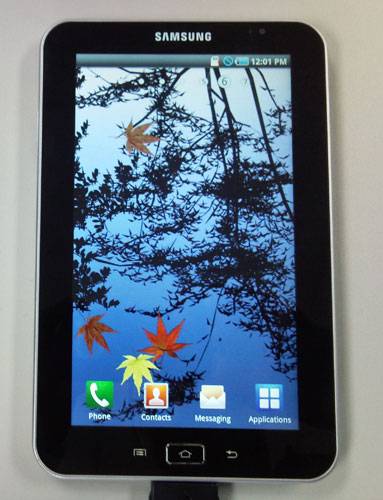 The Samsung Galaxy Tab has officially landed into people hands. Although it’s not available in the United States, yet- it’s overseas adoption has been very strong. One of the highest rated tablets, it’s 7-inch screen is proving to be just right for many.

Samsung Electronics Co has released a statement today in response to it’s Tab sales. They go on to say that the Galaxy Tab sales have been strong and that they expect to ship over one million units before year’s end.

JK Shin, head of Samsung’s mobile devision, told reporters of it’s planned success after getting the tablet to Korea:

“Although the launching of Galaxy Tab has been delayed a little bit (in Korea), consumer responses in Europe and Asia have been quite good we are confident of meeting one million sales mark this year”