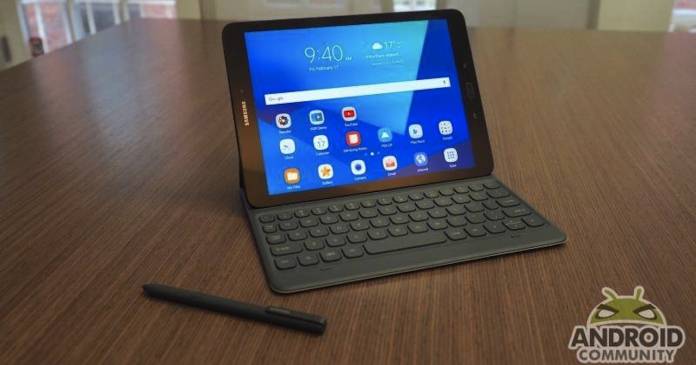 The Samsung Galaxy Tab S3 may be an old thing but it can still get a taste of the Android Pie. The tablet was officially launched back in 2017 so it’s more than two years old now. It has since been updated with several enhancements and upgraded to Android Oreo. This time, it’s ready for Android 9.0 as we also noted a few weeks earlier that would deliver extra security and fix for different threats and vulnerabilities.

One of the many changes include tweaks on the user interface plus improvements on over-all performance. New security patches and new features are available so you don’t want to miss this one. The WiFi-only version of the Samsung Galaxy Tab S3 can install the update. If you have the Tab S3, make sure you have, at least, 1.3GB free storage.

The Galaxy Tab S3 units in the US can get the Android 9.0 Pie so they can work similarly with the new Galaxy Tab S4 and Tab S6 in many ways. The Tab S3 came with Android 7.0 Nougat. It received Android Oreo. The Android Pie isn’t really expected but it could be the last. For over $650, the old Galaxy Tab S3 may not be worth it. Then again a quick Android update can make the tablet almost brand new. We’re not just sure if all Android 9.0 features and improvements will work.

To review, the Android tablet comes with a 9.7-inch touchscreen, Snapdragon 820 processor, 32GB onboard storage, front fingerprint sensor, and a built-in S Pen. Android 9 Pie is already the second major mobile OS update so let’s see how fast it works on the Galaxy Tab S3.