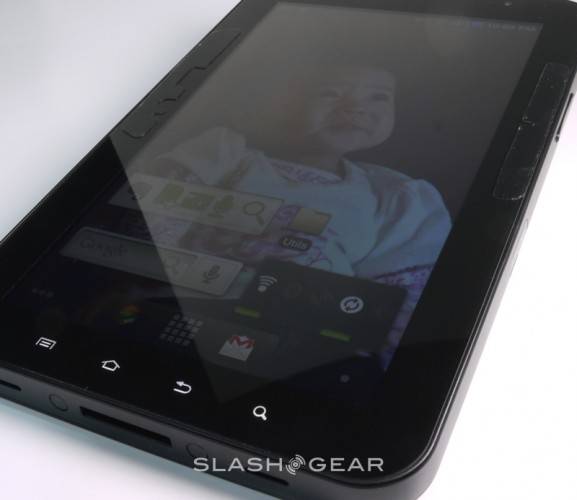 Samsung has some pretty strong claims about the tablet market. They see it as a lucrative prospect, and they plan on hitting it hard come 2011. Of course, their first device in the market was the Galaxy Tab, and the company believes that they will be able to sell a ridiculous amount of them just in the year 2010, even as it’s wrapping up. But, according to one analyst, that’s not actually going to happen — in fact, he believes quite the opposite.

According to Ashok Kumar of Rodman & Renshaw, not only are tablets going to suffer in the market due to smartphones and laptops (which he believes consumers are going to buy up, and not tablets), he has apparently been in touch with his contacts at suppliers that have been suggesting to him that Samsung has pulled back on the production of their tablet device.

So much so, in fact, that Kumar believes Samsung has pulled production by half. Of course, if Samsung is keeping up with their 6 million Tabs sold here soon, then there’s no way they’d be able to cut their production by 50%. So, we will have to see what happens. Hopefully Samsung makes a comment on this.