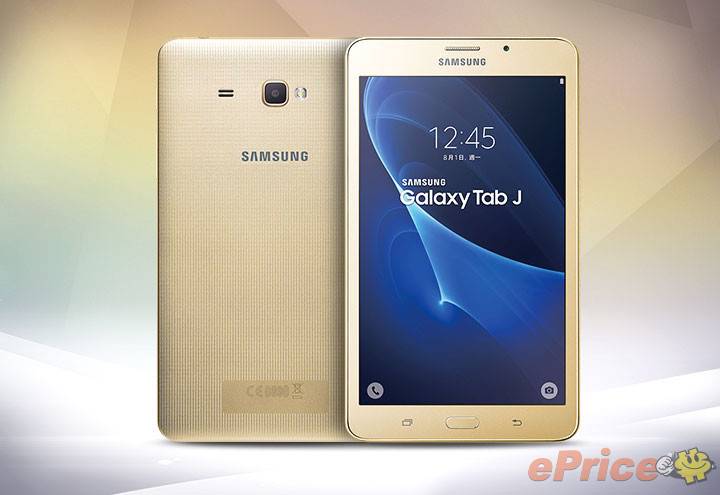 Samsung recently introduced a new Android tablet entry in the form of the Galaxy Tab J. This device comes with a 7-inch PLS screen, 1280 x 800 pixel resolution, 216ppi, 1.5GHz quad core processor, 1.5GB RAM, and an 8GB built-in storage. The specs are not too impressive but that’s expected for an entry-level tablet being part of the Galaxy J line.

The Galaxy Tab J is an affordable Android tablet that does simple tasks like basic web browsing, social networking, instant messaging, email, games, and media playback. The 8GB may be small for storage now but good thing there’s a microSD card slot that allows memory expansion.

Taking photos with a tablet may not be ideal because it still feels and looks awkward but the Galaxy Tab J’s size is just right. When it comes to imaging, the tablet features an 8MP rear camera with f/1.9 aperture and a 2MP front-facing camera. Juicing up the tablet is a huge 4000mAh battery which is the standard for smaller tablets and bigger phones.

Similar to other Galaxy Tab models, this one offers a Kid Mode for the children and parents’ peace of mind. There’s also the S Bike traffic safety mode that silences your phone when you’re on the move. You won’t be disturbed during travel as callers will be notified right away that you are on the road.

Tablet will be available in gold or white beginning August in Taiwan with a TWD 5990 price tag. That’s about $185 making it one super affordable tablet.