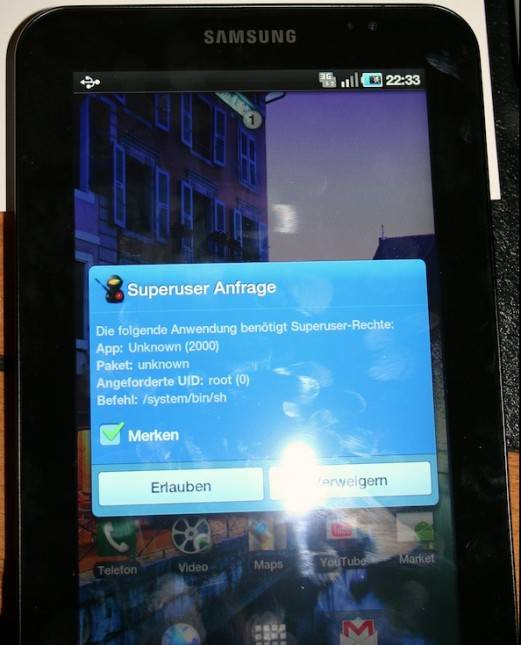 The Galaxy Tab, the tablet device from Samsung in the lineage of the Galaxy S devices, isn’t officially released yet. Yes, it’s announced, but it’s not widely available anywhere, but that’s not stopping the development crowd. As has happened with a few high-profile devices out there before this, the Galaxy Tab has officially been rooted, well before its official release into the wild.

According to the blog Sera-Apps.de, they not only saw a rooted Galaxy Tab, which is kindly pictured above, but they also played with it, too. Obviously, that didn’t take long at all — it’s only been a few days since the thing actually went the official route from Samsung. Unfortunately, the blog mentions that they aren’t sure whether or not the final build of the Galaxy Tab will be able to be rooted in the same way, or as quickly, but it’s certainly a good sign, isn’t it? At least we know it’s possible (for now). So, is anyone wanting the Tab now, that wasn’t before?