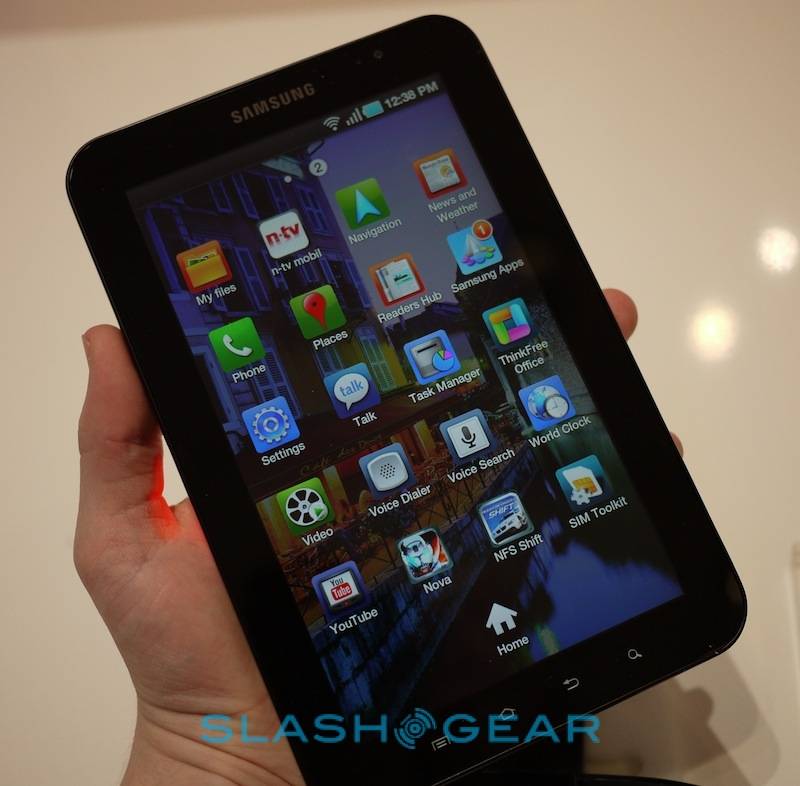 Finally, Samsung has officially come out into the open with their much talked about Galaxy Tab. First impressions for us are, by the looks of things, this is in direct competition with the iPad on a smaller scale. You will notice that the user interface is very much like the Galaxy S phones that we have come to know so well, here in the past months. It appears in the hand that it fits quite nicely, and it will be easier to manipulate with one hand when compared to its 10 inch metal competition. It does have a plastic feel to the tablet but not in a way that made us want to say that it feels cheap.

Samsung has included the Kobo/Zinio ereader app along with a new email and calendar app. Samsung also has included their own market in to the Tab along with the regular Google Marketplace. There was only one app available in their application store and it was a remote that allow you to control a Samsung TV. We are sure that there will be more available in time. As far as accessories the only one available to view was Samsung’s HDMI dock, which is basically a stand with an HDMI port on the side and the dock connector on the back. Looking at games and video this tablet has a beautiful display and the games are really responsive.

We are looking forward to getting a review unit in our possession to put this thing through some pressure test. Is it better than the iPad? Of course it is it runs Android. Seriously though we hope to see this thing take a good hold in the market. Despite what a lot of people think, this could be a real competitor in the market. Pricing might make all the difference, and as time rolls by we will iron of some details on that also.