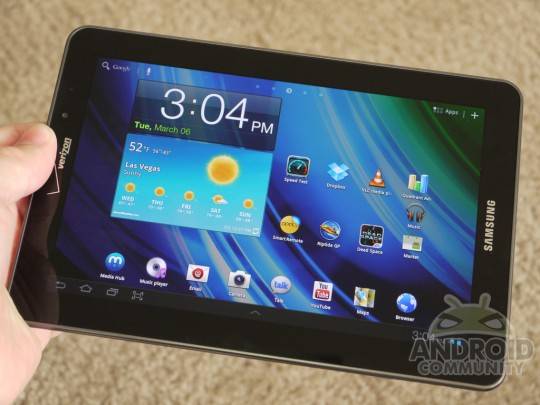 It’s about time Samsung starts updating all their Galaxy Tabs to Android 4.0 Ice Cream Sandwich. They’ve released one at about every size you can think of, some more than once, and the latest Galaxy Tab 2 already has ICS out of the box. It’s only fair they get these updated and we are now hearing they’ll be doing exactly that starting next month.

According to insider reports to SamMobile the updates will start sometime next month and continue into August. Samsung plans to update almost all of their tablets although obviously the original 7-inch Galaxy Tab won’t see the upgrade. Here’s the list they apparently have confirmed:

Pretty good news right there. It looks like they’ll be updating all of their tablets they’ve released as of late. Most likely the Tab 7.7 LTE from Verizon will be last, but I’m hoping that isn’t the case as I own and love that tablet. Verizon tablets like the Xoom took forever to see the update over the WiFi model, but hopefully that won’t be the case here.

Along with all the new features, improved UI, face unlock (maybe) and more that ICS brings we can also expect better performance and battery life for these slates. Stay tuned for additional dates once Samsung makes this all official. Check out the reviews on all those tablets listed from our timeline below.