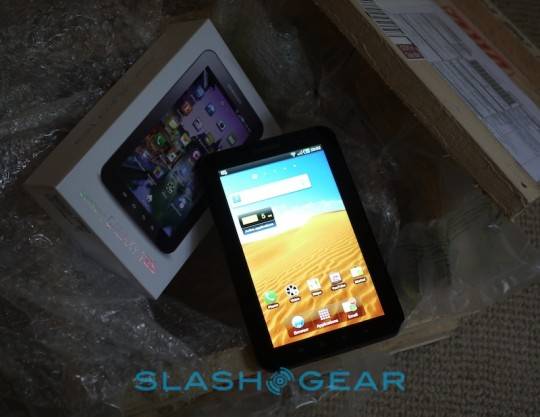 We have just found out that Samsung builds their Galaxy Tabs for $205 in parts. The question is why are we paying $500+ for something that only costs $200 to create? Before you start cursing out Samsung, remember most companies do this including Apple who charges $600 for their iPhone which is estimated to cost around $200? Why do the companies do this?

The reason for this price are the other hidden costs besides the cost of simply creating the device. Some of these costs are: labor, research and development, marketing, and the list goes on. The Galaxy Tab also happens to cost less than the iPad 16GB which costs around $264. Heres what the guys at iSuppli think:

“Instead of matching up with the iPad on a feature-by-feature basis, the Galaxy Tab really is larger version of Samsung’s Galaxy S smart phone,” said Andrew Rassweiler, director, principal analyst and teardown services manager for iSuppli. “While the design approach makes the Galaxy less expensive to produce than the iPad 3G, it also makes for a product that lacks the same usability. The Galaxy Tab’s screen resolution, size and technology are not at the same level as the iPad. This is a critical difference, given the fact that the display is a key differentiating factor for the iPad.”

Well, not sure how this helps anything, but check out our SlashGear review of the Galaxy Tab in the meantime.