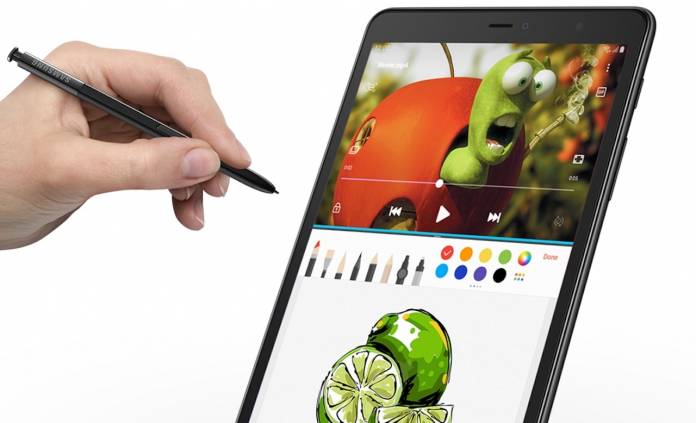 For owners of the Samsung Galaxy Tab A 8.0 (2019) with S Pen, the wait for what may very well be its final major update has been a long one. But finally, they are receiving not just the monthly security update but actually they are getting the Android 11 update. The current public version of Android has made its way to 350 devices and variants just last month but at that time, the tablet was not included. Fortunately, they’re getting the update now but only in selected countries so far.

According to SAM Mobile, the new firmware version P205DXU5CUE3 has started rolling out to owners of the Galaxy Tab A 8.0 (2019) with S Pen in Chile and the Philippines. But this probably means other countries will soon be getting the update as well. This update brings Android 11, One UI Core 3.1, as well as the May security update. The changelog mentions that the the update will also improve the performance of the tablet because of its dynamic memory allocation and also by restricting background activities.

When it comes to new features, Android 11 has a refreshed UI design including chat bubbles, one-time permissions and a reset of its auto permissions, better stock apps including improved versions of Samsung Internet and Samsung Keyboard, better designed Device Care page, as well as improved Digital Wellbeing and Parental controls. With this update, they have also disabled some features like file sharing via Wi-Fi Direct, connecting to Chromecast through Smart View, and accessing SD files through Dual Messenger apps.

This will probably the last major Android update that the Galaxy Tab A 8.0 (2019) with S Pen will be getting since they have previously received the Android 10 with One UI Core 2.0 and Android 11 with One UI Core 3.1. The commitment is that the updates are only given two years after it is launched so we might not see an Android 12 update for this particular tablet. Well unless Samsung surprises users with a bonus one.

The download size for this update is 1.6 GB. You can check if it’s already available for you by visiting Settings > Software update > and Download and install. No news yet when it will be available for other countries.