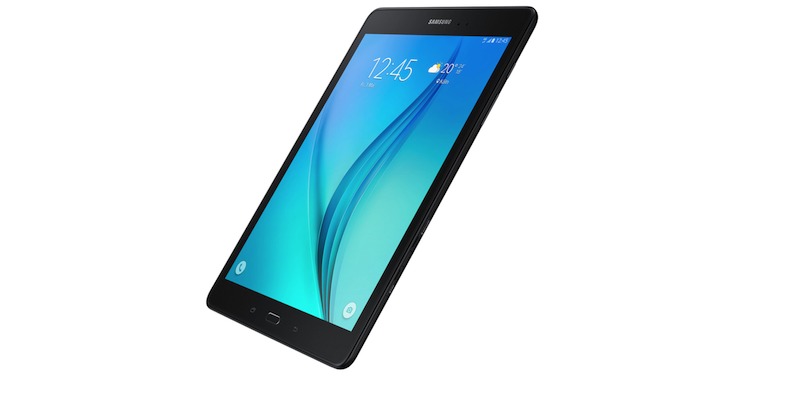 There are too many Galaxy Tab models and we’re having a hard time remembering all their names. I just know Samsung calls them Galaxy Tab. Add one letter and then the screen size. The company revealed the Galaxy Tab A in Russia and the Galaxy Tab 3 Lite 7 aimed budget shoppers last month. This week, the South Korean electronics giant confirmed that the Galaxy Tab A Plus aka the Samsung Galaxy Tab A 9.7 will officially launch in Germany this coming May.

Interestingly, the tablet will be called as just the Galaxy Tab A in Germany where it will be launched. The new slate comes with a 9.7-inch display, a low 768 x 1024 pixel resolution, 4:3 aspect ratio, 1.2 GHz quad-core Snapdragon 410 processor, 1.5GB RAM, 16GB built-in memory, microSD card slot for expansion, 5MP/2MP cameras, and a 6000 mAh battery. These are not high specs but at least it runs the latest Android 5.0 Lollipop.