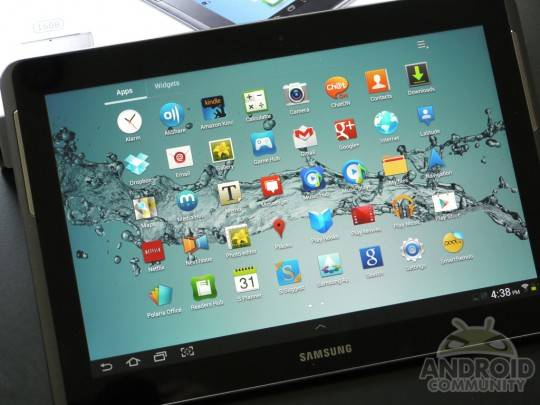 The Galaxy Tab 3 is currently going under the codename of Santos and is expected to arrive in both a Wi-Fi only and also a cellular connected model. But based on previous Galaxy Tab history, that is not all that surprising. Otherwise, the details and specs are fairly light at the moment. It was said that the tablet will have a 5 megapixel rear-facing camera and is expected in the first half of 2013.

Aside from the Santos codename, the Galaxy Tab 3 code numbers include GT-P3200, GT-P3210, GT-P5200 and GT-P5210. This gives two for the 7-inch and two for the 10.1-inch models, with those breaking down to the previously mentioned Wi-Fi only and cellular models. Another interesting tidbit here, it was said that the Galaxy Tab 3 is expected to be released first in white.

Otherwise, putting the Galaxy Tab 3 details aside, another higher-end tablet is also expected from Samsung. This one is the GT-P8200 which is sporting the codename of Roma and the specs for this one are tipped to include a 5 megapixel rear-facing camera along with options for 16GB or 32GB of internal storage. The one catch with the Roma tablet, the details have yet to mention anything about operating system, which rather simply means — that one may not be running Android.