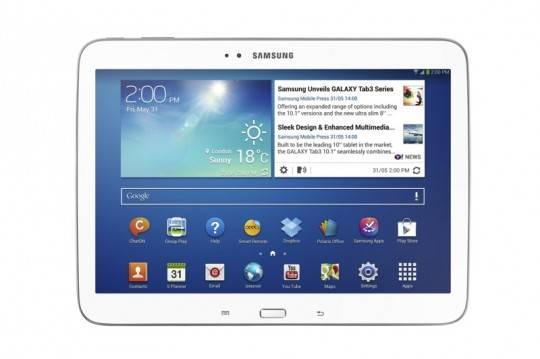 Judging from some details that have come by way of a leaked test build, it looks like Samsung is going to be adding multi-user support to some of the Galaxy Tab 3 tablets. The Galaxy Tab 3 lineup includes the 7.0, 8.0 and 10.1 inch models and it appears as of the latter two will be getting multi-user support. The catch with this is that Samsung has yet to offer any confirmation or timeline.

The details are coming by way of SamMobile who have received some screenshots detailing the added support. And in addition to the lack of detail in terms of timeline and confirmation from Samsung, we have yet to see if this update will be adding any additional features. Or for that matter, whether it will bump the tablets up from the current version of Android (4.2.2) they are running.

Basically, for now all we are seeing is these screenshots detailing the multi-user support. Needless to say, this could be a good feature to have — especially for those sharing a tablet with another family member. Samsung released the Galaxy Tab 3 lineup earlier in the summer and has these devices priced at $199, $299 and $399 for the 7.0, 8.0 and 10.1 models respectively. 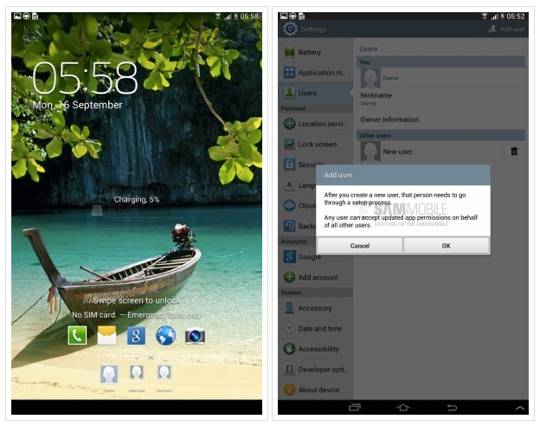 Those looking to make a purchase will be able to find the Galaxy Tab 3 lineup with a wide variety of retailers. The 8.0 and 10.1 inch models both have display resolutions of 1280 x 800 and they each have a 1.3 megapixel front-facing camera and 16GB of internal storage with a microSD card slot.