The Samsung Galaxy Tab 10.1 has been heavily talked about here and other places. This is one of the best tablets on the market and one of the best challengers to the iPad 2. The normal version of the Tab 10.1 with WiFi has been available to purchase for a while now. The tablet was a daily deal on eBay a while back with 32GB of storage for $529. If you have been holding out until a version of the Tab 10.1 hit with 4G inside you will love this.

Verizon has the Samsung Galaxy Tab 10.1 tablet with 4G LTE onboard up for pre-order right now. The actual ship date for the 4G version of the tablet is listed as 4-6 weeks out. There are several versions of the Tab 10.1 that will be offered by Verizon and price for pre-orders start at $529.99 with a new 2-year contract on a data plan. Other than the addition of the 4G modem, the tablet is the same as the other flavors.

That means you get a 10.1-inch screen, dual core 1GHz processor, and Android Honeycomb as the operating system. The $529.99 price tag will get the 16GB versions in white or gray colors. A 32GB version is available as well for $629.99. The tablet will work on 3G networks if you aren’t in a 4G LTE area. 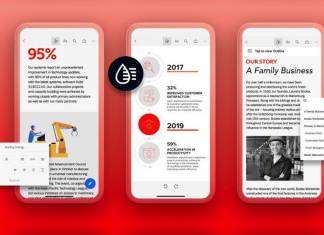