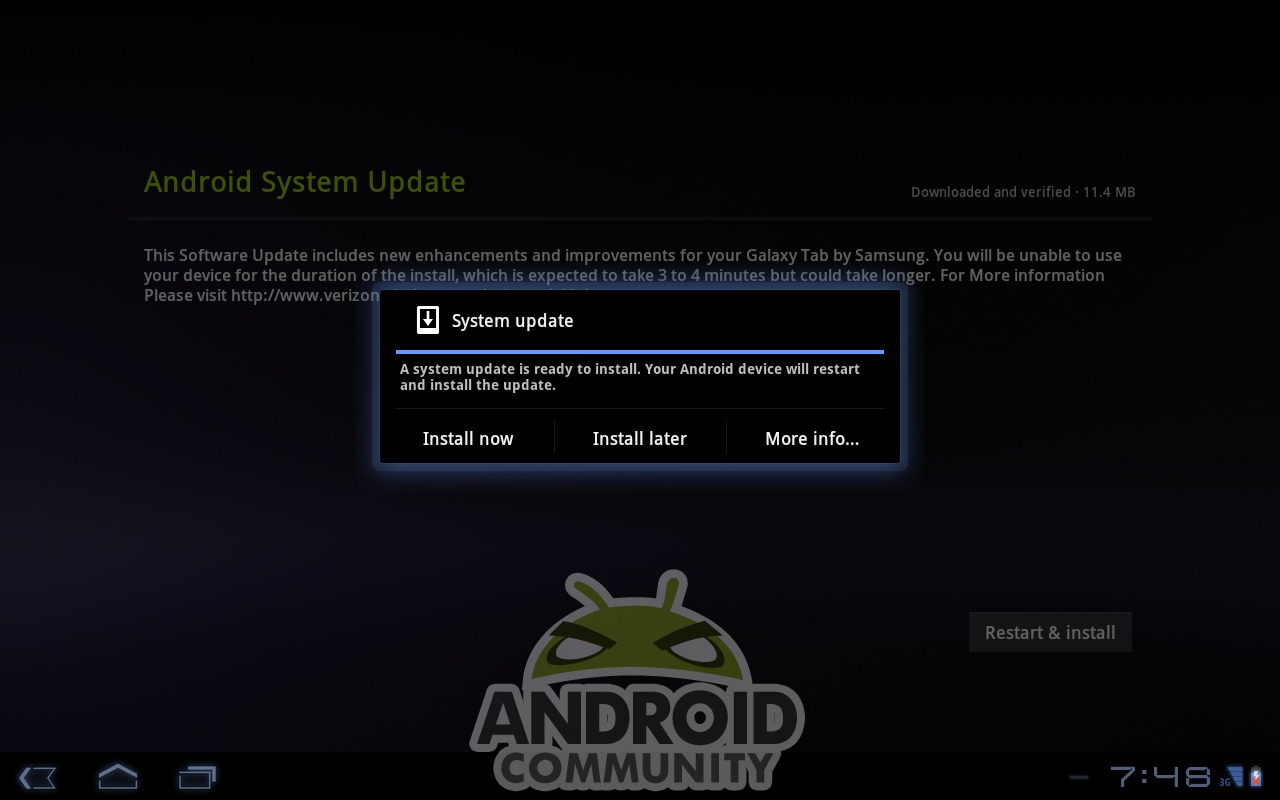 Verizon Wireless announced early last week that they were getting ready to push an OTA update for the Samsung Galaxy Tab 10.1 with Verizon 4G LTE. I’m happy to report that users should be seeing this update hitting their Galaxy Tab devices starting today. A few users have already reported the update hitting their tab and we’ve got some screenshots and details after the break.

Sadly this update is only 11.4 MB in size and mainly looks to fix a few bugs as well as some issues with Verizon Wireless connectivity. When Verizon released the update information shown below early last week they were clear in pointing out this is mainly for 3G/4G connection issues and a few other minor bugs. For all the details here is the official update document from Verizon. 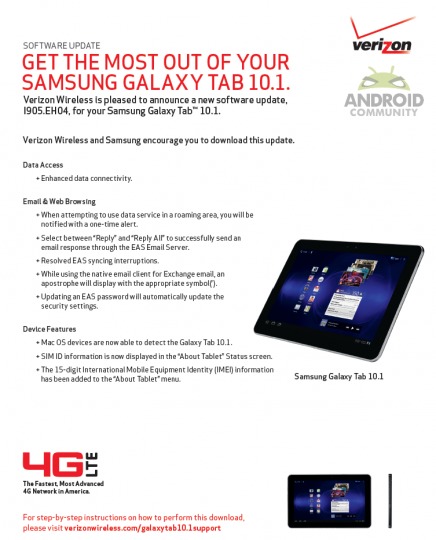 Along with data connectivity fixes, email and browser enhancements, Verizon also has made the Tab 10.1 LTE able to be detected on the Mac OS such as Lion and OSX. They’ve also now added SIM and IMEI information to the “about tablet” screen although both of those are very minor issues. For those hoping for an update to the Touch Wiz UX for tablets or even Android 3.2 Honeycomb you’ll sadly have to wait for that another day. The update is extremely small, quick and shouldn’t take but a few minutes.

As always this should come OTA but users can also go to settings> about tablet> check for updates if they’d like to manually pull the OTA update themselves and not wait. Give the update a try and let us know if you experience “enhanced data connectivity” after the update.