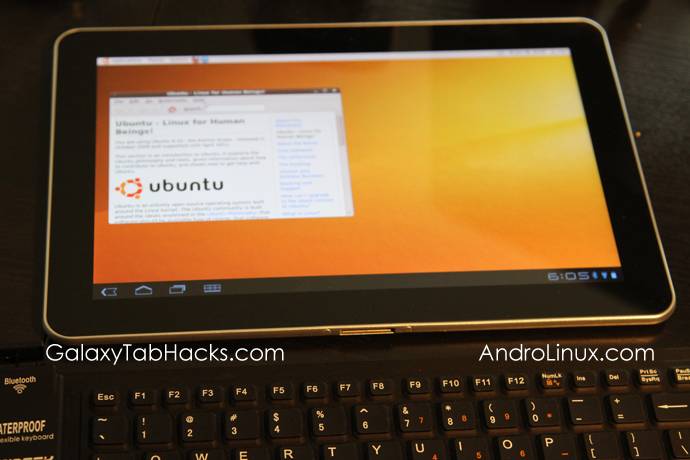 We have seen our fair share of Android devices running Ubuntu already, like the Nexus S or the NOOKcolor but to see it running on that large beautiful 10″ display on the Galaxy Tab 10.1 and pushed by that dual-core CPU makes this a little more interesting.

Having Linux run on an Android tablet with a 1280×800 resolution makes for a much better and clearer viewing experience from what users booting to Linux have seen in the past. It is not natively installed and will be running over Android but the overall speed and responsiveness seems pretty great from the video posted. You’ll need a bluetooth keyboard and mouse if you want to dive in and run Ubuntu on your own Galaxy Tab.

Good news for those that want to try this themselves, Android users have the method for booting to Linux down pretty well so the instructions shouldn’t be that bad for most looking to give this a whirl. Obviously you will need to be rooted and know that you need to still be careful when doing these types of mods to your device. For all the details, instructions and downloads head down to the source to get started. Here’s a video of the Galaxy Tab 10.1 running Linux while you’re here.