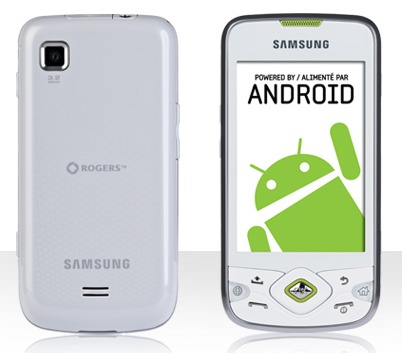 The Galaxy Spica has been in the news often in the past few weeks. Earlier in the week there was an announcement that the handset was on its way to Roger’s Wireless in Canada. Today, a short video demonstration was released.

The Galaxy Spica offers a 3.2″ AMOLED HVGA capacitive display, 3.2 megapixel camera, GPS, Wi-Fi, 3.6Mbps HSDPA/UMTS, 800MHz processor and up to 7 hours of talk time and 10 days of standby. It has Android 1.5 preinstalled with the promise of being updated to 2.1 in the future. That may come sooner then expected, although in the video it seem pretty unresponsive or maybe because its two guys trying to demo the same device.