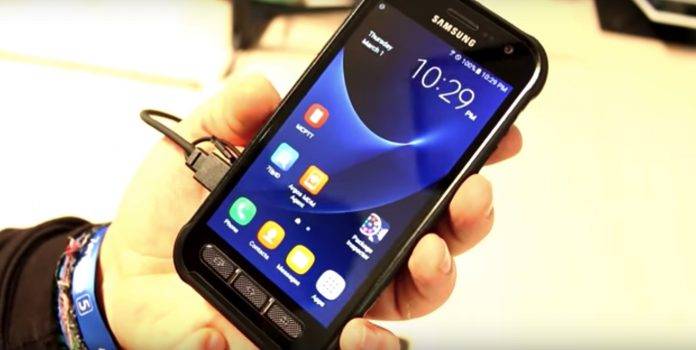 There’s another Samsung device that is highly anticipated. No, we’re not talking about the Galaxy Note 9–not yet. We’re referring to the Samsung SM-G888. We first thought it’s the Galaxy X phone but apparently, it’s a rugged smartphone that is ideal for emergency and public use. We noted earlier the Samsung SM-G888N0 won’t be the Galaxy X phone. We’ve seen the sketches and patent application, even the certification but it’s really not a foldable device–just a new rugged Android smartphone from the South Korean tech giant.

Prolific tech source Roland Quandt shared something more real: a YouTube video of him checking out the upcoming Samsung SM-G888. We’re treated to a quick demo of the phone that we’re now sure will be a rugged phone for public service.

The Samsung SM-G888 is possibly the first portable rugged phone meant to be used by public service which includes the police force, fire department, ambulance, and maybe even the army. It looks very rugged and thick at almost half an inch. It actually looks like a pimped Galaxy S7 that’s ready to do other special things with its PS LTE network connectivity, IP68 certification, and super rubberized casing.

The phone boasts a 2560 x 1440 resolution display like the Galaxy S7 active. It has four hardware buttons, a massive speaker, earpiece, 5MP front-facing camera, power button on the ribbed right edge, triple LED flash, and 12MP rear camera with f1/7 aperture. There is a back cover that pops off to reveal a 2045mAh battery. You will see an emergency button on top, noise canceling mic on the left side, and volume rocker. The Samsung phone only runs Android 6.0 Marshmallow but should be enough for basic communication and messaging as needed by public service companies.