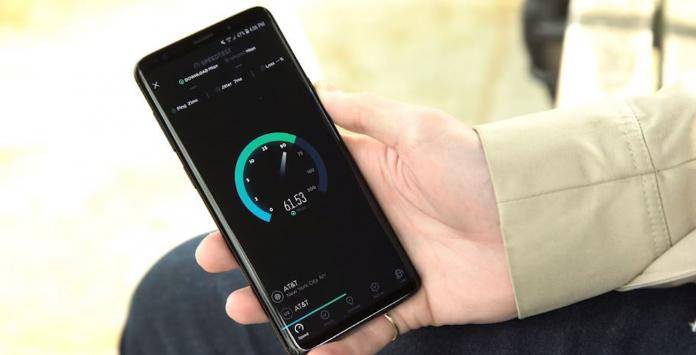 When you want to know the speed of your Internet connection, we’re sure you usually check and use Ookla for speedtest. Since 2013 when Ookla first landed on Android, the mobile community has been relying on the program. Findings can be argued, though. For example, Ookla’s speed test noted T-Mobile was the fastest network in the United States last year. There were many people who disagreed so for this report, we want to be transparent that we’re taking the details with a grain of salt.

We trust Ookla when checking our personal devices but we’re not sure once products and services from certain brands are named and obviously hyped up. This time, Ookla, together with Samsung, is saying download speeds of the Galaxy S9 and S9+ are the fastest among the top flagship phones in the market with a rate 42% faster than the competition.

The mobile data speed analyst, Ookla, said the Galaxy S9 duo can be the ideal choice for this summer especially if you’re looking for a new phone with the best download speeds, as well as, high performance in accessing networks, playing games, loading apps, and capturing photos and videos.

The Galaxy S9 and S9+’s network speeds are made possible by the CAT 18 LTE modem which can offer up to 1.2 Gbps of network speed. The phones were actually compared to the Apple iPhone X, Google Pixel 2, and the Samsung Galaxy S7. The S9 duo’s download speeds are faster by 37%, 17%, and 38% compared to those three phones, respectively.

Samsung’s Mobile Product Strategy and Marketing Senior Vice President Justin Denison said: “This summer, consumers are going to be on the road, at the beach, and relying on their phones more than ever, but without the latest and fastest network technology that’s available in the Galaxy S9 and S9+, their phones may quite literally slow them down. At Samsung, we’re constantly innovating and developing products that set the new standard for the industry. Our Galaxy owners never need to worry about whether they’re getting the best possible experience from their phone.”

That sounded like a press release. Well, we actually took it from one that’s why we’re too careful in sharing. So yeah, we’re taking all these with a grain of salt.