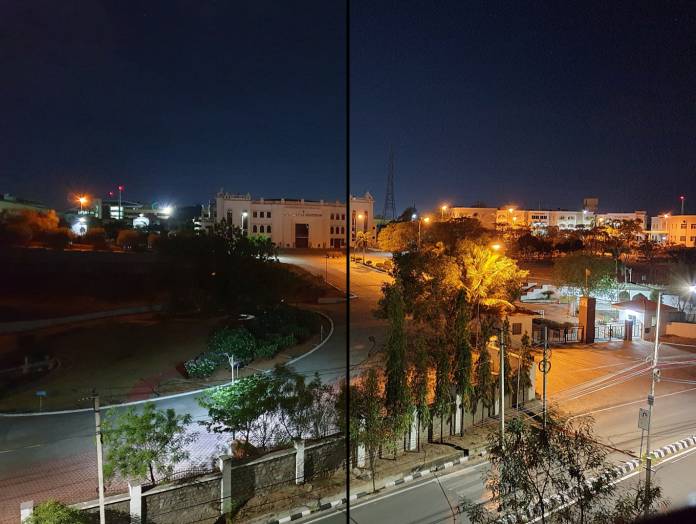 If you were getting envious of the Night Mode that was being sported by owners of the Samsung Galaxy S10 series, you’ll be happy to know that they’re bringing it to older Galaxy smartphones. Well, at least for the Galaxy S9 for now. The latest update to the previous flagship brings a dedicated Night Mode so you can make those low light photos of yours look better. Hopefully, we’ll get to see it in other devices as well like the Galaxy Note 9 (most probably) and even the Galaxy S8 series.

When the Night Mode was first introduced with the Galaxy S10 it wasn’t all that impressive. But subsequent updates have finally made it more interesting. You eventually had the option to use the ultra-wide camera for it so that you could take brighter and more detailed shots when faced with low light conditions or taking photos during actual night time.

The Night Mode for the Galaxy S9 still isn’t that stable yet but will probably improve as well in future updates. But when it works, it’s just as good as how it looks when taking pictures with the Galaxy S10. According to a post on SAM Mobile, the one they took with the Galaxy S10+ is warmer and more staturated as compared to the one with the NIght Mode on Galaxy S9. Which one is better of course depends on your own opinion.

The update to the Galaxy S9 has also given users the option to adjust the level of background blur when using the Live Focus mode for the front-facing camera. And of course it comes with the June security update as promised by Google for all Android devices that are still covered by the update period.

The update is currently rolling out in Thailand, Vietnam, and the Philippines but expect a wider rollout over the next few days. As to when it will happen for the Galaxy Note 9 or even slightly older devices, that remains to be seen.