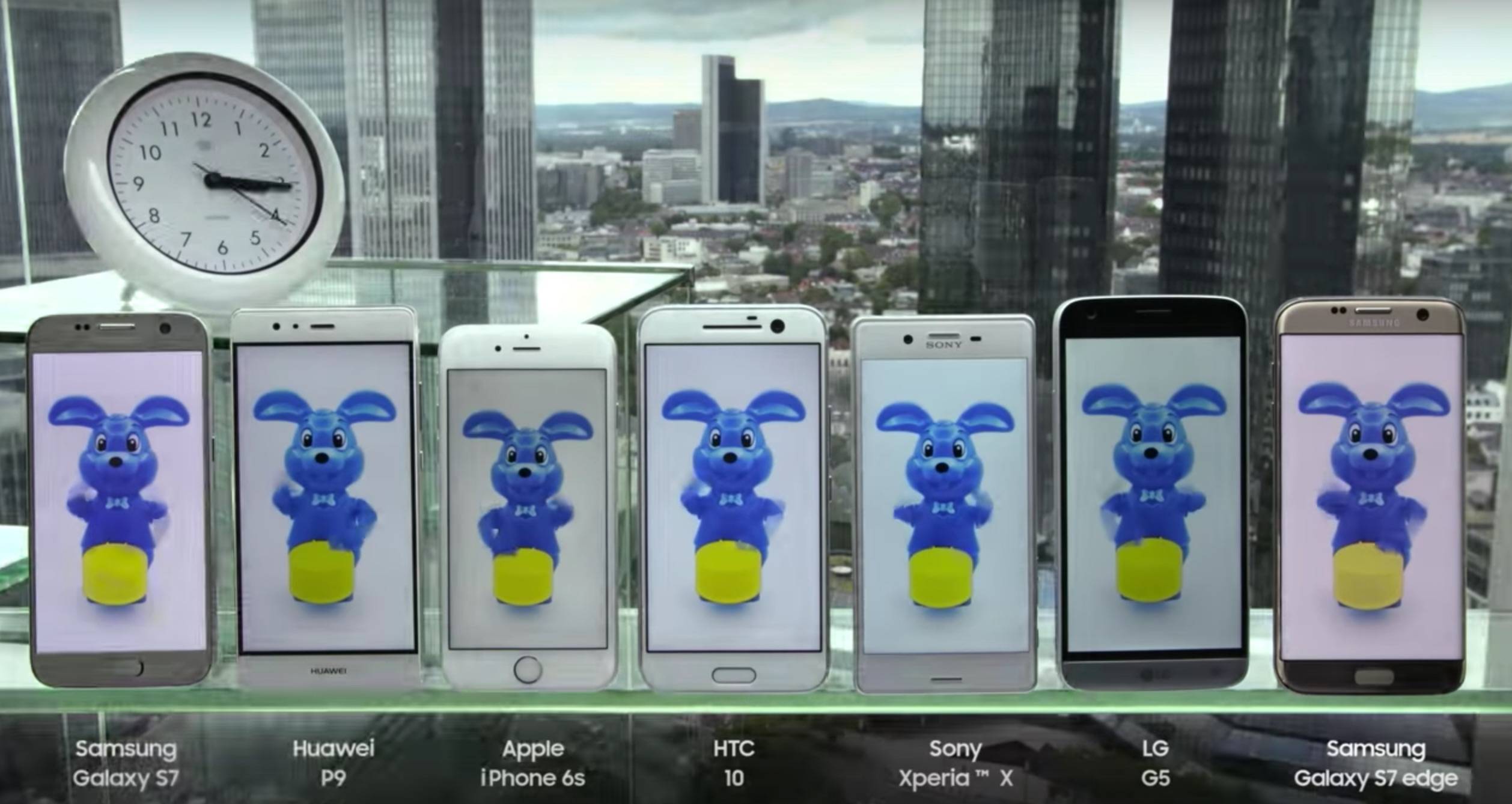 If you’re doing any kind of test on a device you’ve produced and pit it against devices from other brands, then you better hope to God that your product comes out on top. Well, apparently, that’s what happened when Samsung conducted their Battery Test 2016, as their two flagships, the Galaxy S7 and Galaxy S7 edge beat out all the other devices in the test, which includes an iPhone 6s and the current flagships from LG, Sony, HTC, and Huawei.

In the time-lapse video they released showing a “real-time” test on the two Samsung flagships, plus the Huawei P9, Apple iPhone 6s, HTC 10, Sony Xperia X, and the LG G5, the Galaxy S7 emerged the clear winner in terms of how long it lasted, with the Galaxy S7 edge coming in a close second. However, would you really trust a test conducted by a brand that has all the reasons to be biased towards its own device/devices? While the two smartphone’s batteries are pretty good, the battery duration that they showed seems pretty unrealistic or unreliable.

The Galaxy S7 clocked in at 10 hours and 59 minutes while the Galaxy S7 edge had 10.5 hours. But really, did you ever get those numbers when you use the device, even just occasionally? The first to “expire” is actually the LG G5 which lasted just 6.5 hours. But again, there are a lot of other factors that you can consider when doing a test like this, including screen brightness and the slow dimming of the displays in the midst of the test.

But really, it’s up to you if you’ll choose to believe the results of this test. The Galaxy S7 and Galaxy S7 edge actually have some of the best batteries in the market today, so that may be a fair assessment. Just don’t expect them to actually last the 10 hours or so, unless you don’t touch them at all.