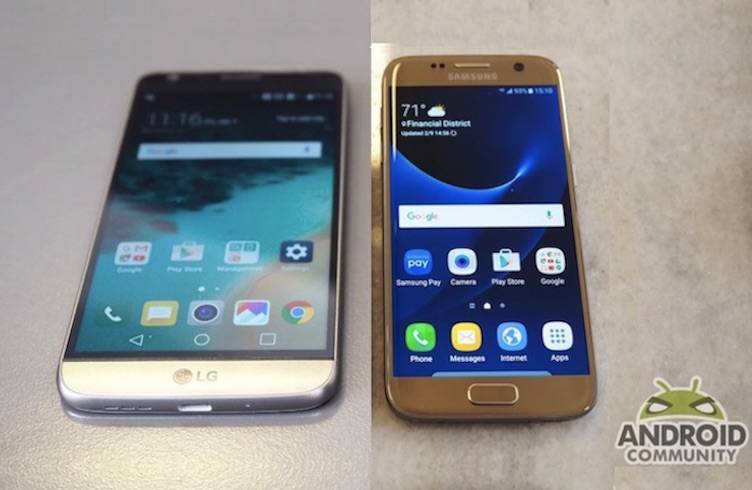 As with the previous years, the new LG G5 and Samsung Galaxy S7 will go head-to-head this 2016. The two may be challenged by other premium flagship smartphones but these two from South Korea will be the closest rivals coming from two of the top brands in the mobile industry today. You may have decided which phone to buy already but for those who can’t make a decision yet, know that each has has an edge over the other–not that curved edge but advantages.

Samsung brought back the microSD card slot so both now have expandable storage. Such feature will even be complimented by Google’s very own SD support on the Android 6.0 Marshmallow which the two smartphones run out of the box. Unfortunately, the two tech giants won’t use the Adoptable Storage feature. This means you can’t format the the microSD card as internal storage because Android is supposed to combine the built-in storage and the microSD card provide. The idea is to merge the two into one storage only so Galaxy S7 and LG G5 owners can take advantage of a higher storage capacity instead of just having a faster mobile device.

LG and Samsung din’t include this detail on the press releases but when asked about this adoptable storage, Samsung explained that most users prefer the microSD card to be used to transfer files between mobile devices. This particular Android Marshmallow adoptable storage model may erase important data. There’s also the fact that once an external storage is “adopted”, it may no longer be used for file transfers.

This idea of adoptable storage can be useful in some countries, the emerging markets especially, since the phones available and affordable there usually only come with 4 to 8GB of internal storage as a standard. There may be 16GB variants already but in such markets where budget or mid-range phones are more common, storage expansion is needed.

Google’s intention with the Adoptable Storage feature on Android 6.0 Marshmallow may be noble but it has the potential to complicate the storage. The phone may be confused at first but then again, every mobile user has the choice. It will still be up to the phone owner how he will use storage or in which mode. If you see an “Internal storage” when you insert an SD card, don’t panic. It’s just one option but you can always define the SD card just like any ordinary removable storage.