When the Samsung Galaxy S6 launched last year, it carried Qualcomm’s latest and greatest proprietary quick charging technology which it dubbed as Quick Charge 2.0. This year, Quick Charge 3.0 is available and it is specifically marketed with Qualcomm’s newest chipset, the Snapdragon 820. The SD820 in turn is one of the chipsets of choice for Samsung’s new flagships, the Galaxy S7 and S7 edge. But a lot of industry pundits are surprised to hear that these new Samsung phones will not be using the Quick Charge 3.0 technology.

For most people, it will be an easy correlation to make. If the technology is there and available, you use it. For Samsung, it’s not quite that easy. Along with the SD820, Samsung is also using its own in-house Exynos 8890 chipset on some Galaxy S7 and S7 edge variants. This is where the problem lies, as the Exynos 8890 only has the Quick Charge 2.0 technology. 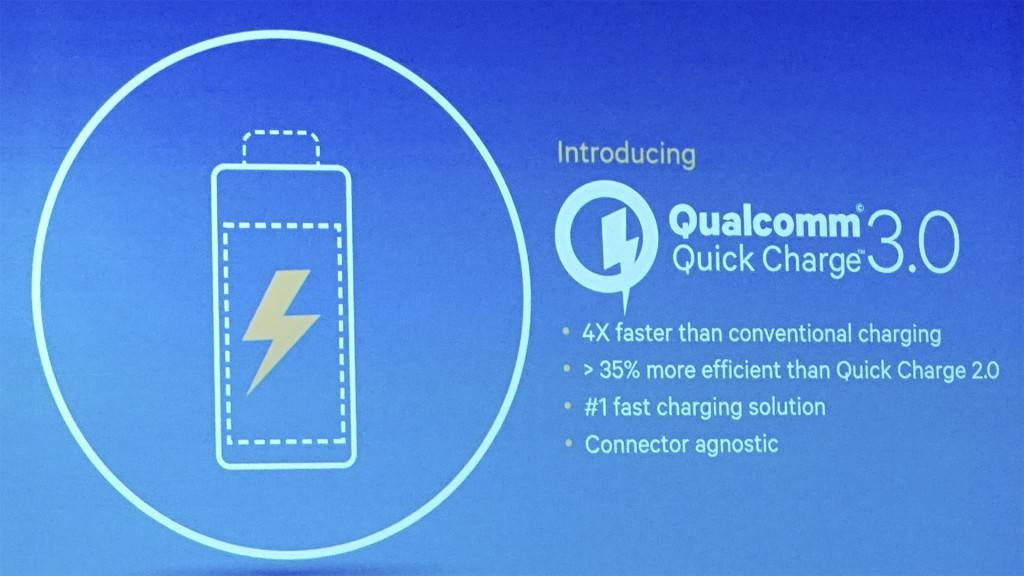 Samsung is committed to marketing and using Exynos because this is part of its own brand. With that commitment, it has to keep the gap between SD820 variants and Exynos 8890 variants close. It can’t be seen that SD820 variants are better than the Exynos 8890 ones, hence the decision to run Quick Charge 2.0 – last year’s technology – on both phones.

But in real world terms, it’s not like users will NOT be getting a quick charge feature – they are. And the speed difference between both standards are barely noticeable. In this, Samsung has chosen to go with the older tech, with the new tech a minor issue for them. For all intents and purposes, it should be for us as well.