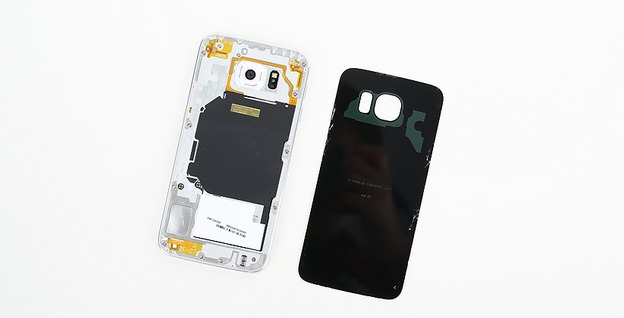 You can’t say that Samsung’s new baby, the Galaxy S6, is not at all purrrty – because it is all that. But as with the iPhone, this unibody non-removable battery design is getting everybody all worked up. Will it be easy to repair or replace a part? How difficult will it be to open up and replace the battery? Well, we have answers for you via this teardown done by the guys at MyFixGuide. 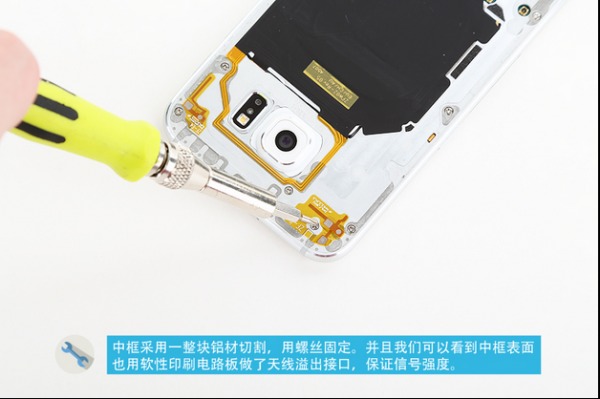 One thing that can be said right off the bat, the Samsung Galaxy S6 is nicely designed even on the inside as with the outside. The problem is getting the darned thing cracked open in the first place. That can be accomplished – not so easily – by a technician who knows what he is doing, with a heat gun in just under 3 minutes. Warming the sides and seams of the new smartphone makes it easier to pop the back panel off. 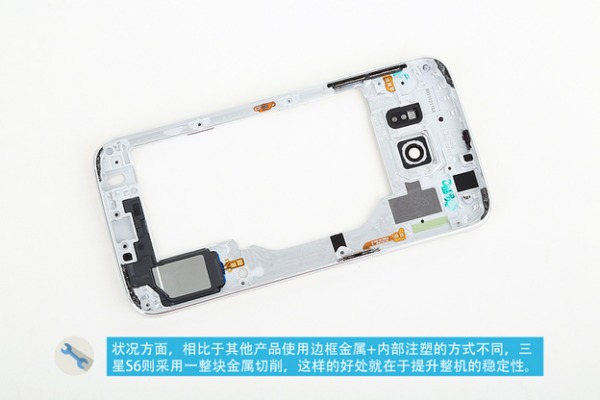 So we answer the most asked question about the Galaxy S6: Is it or is it not easy to replace the battery? Bad news guys, it is not as easy as it had been made to look in some online discussions and even in Samsung’s manual. Once you pop off the back panel, the battery isn’t even directly accessible, hence not easily removable. The technician must remove parts of the middle frame (image above), then take out the NFC chip and unscrew the main motherboard in order to even get close to the battery. See the image of the battery below when the technician finally gets through all the other parts. 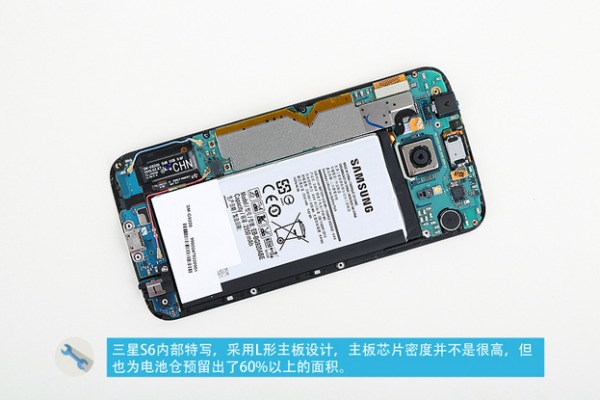 The moral of the story here is – charge correctly, don’t screw up your Samsung Galaxy S6’s battery. Aside from that, there are numerous things to notice with the phone’s guts – like the fixed base on the camera that helps control jitter. You can view the full teardown guide once MyFixGuide’s site comes back online. In the meantime, check out our source link for more images.