Will the Samsung Galaxy S6 lineup ever receive the Android 8.0 Oreo update? Well, we didn’t really ask that question but Galaxy S6 phone owners have been wondering if they can get a take a bite of the cookie. The phone released in 2015 is almost three years old. Some newer Galaxy S phones haven’t received the Oreo yet so we’re not expecting the S6 to get it soon.

Rumor has it the phone will get Android Oreo although there is not much proof until over the weekend when information started to be shared on Reddit and Weibo. Can the Galaxy S6 take Android Oreo? 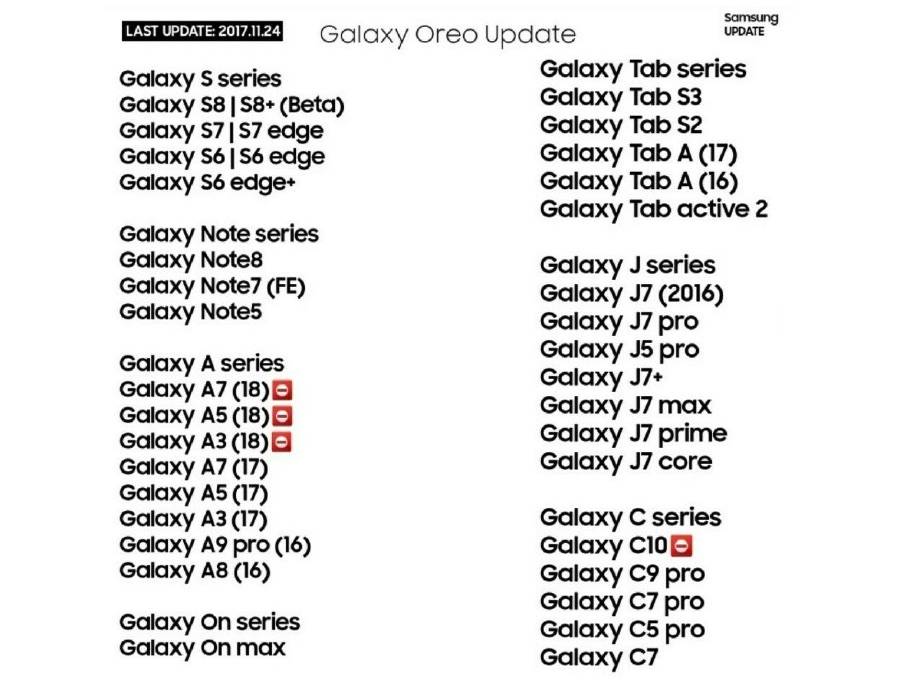 Looks like it if we are to believe the list shared on the Chinese version of Twitter. It’s not just the Galaxy S6 but also the S6 edge and the S6 edge+ will be updated to Android 8.0 Oreo. Even the Galaxy Note 5 is said to get the Oreo enhancement.

Also on Reddit, Samsung reps are believed to have already confirmed the information according to one redditor. These people also said the South Korean tech giant will be ready to release at least three years of updates for new mobile devices.

As usual, we’re leaving this piece of information as unconfirmed until Samsung makes an official announcement or a new and more reliable teaser is published.